'I am still scared': Torture survivor who reached UK on rowing boat speaks out

Speaking from an open space in the north of England, Jackson is a young man who has reached the UK after a harrowing journey from north Africa. Forced to leave his home after his mother and brother were killed and his own life was in danger, it took him years to reach Britain. He said: “I am still scared, I don’t feel safe because maybe any time I could go back to Sudan.”

He is one of thousands of migrants who have crossed the English Channel by boat this year.

A talented footballer and fan of Raheem Sterling, he is in limbo while his asylum application is considered. Jackson, whose name has been changed to protect his identity, spoke exclusively to the PA news agency about the hardships he has suffered and his hopes for life in the UK. Speaking through an interpreter, he described his time in the war-ravaged region of Darfur in Sudan.

Jackson said: “For me it’s so hard. They killed my mum and my older brother and my cousin. I don’t have any contact with my father for more than two years.”

He said his father cannot walk after militia came to his home and shot him in both legs, and now lives in a refugee camp that is “like a jail”.

It is feared that hundreds of thousands of people have died as a result of the Darfur conflict, and nearly two million have been displaced. In fear for his own life, Jackson decided to leave Sudan, leaving a business he had started. He travelled into neighbouring Chad and on to Libya, where he was threatened and ordered to call family in Sudan to ask for money.

Jackson said he was tortured with electricity by his captors as they tried to extort money from him. He was held in jail for three months and was forced to spend two weeks fixing cars for free in return for his freedom.

Afterwards he worked as a builder in Libya to earn some money, but said he was threatened and stolen from. Eventually he was able to travel to the Libyan capital Tripoli and on to Italy by boat, where he lived in a refugee camp. “You do not have anything.

You can’t see anybody.” It took him three days to walk across the mountains into France in baking heat. He then made for Calais, where he met Clare Moseley from charity Care4Calais, and immediately started volunteering to help others. 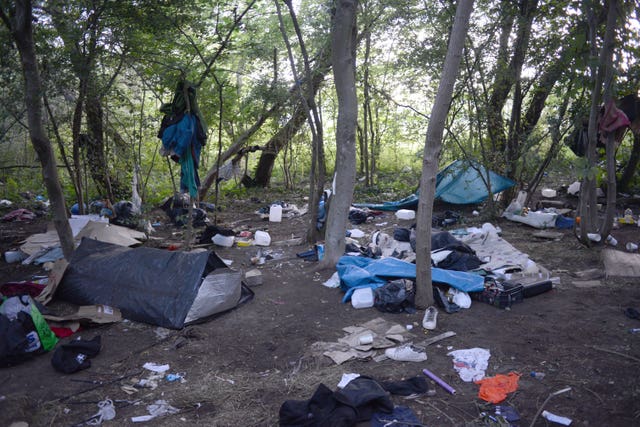 A recent police eviction of migrants in Calais (@imagesbymattpayne/PA)

He said: “I tried to go to the UK but I didn’t have a chance because everything was closed, it was locked, it’s impossible to move to get to the UK. “I was trying two years to do it by truck, trying to hide in a car, but I couldn’t.” But Jackson said he was determined not to stay in France after experiencing racism.

One day he and three others set out to reach the UK on a rowing boat. The gruelling journey took 10 hours with all four constantly having to paddle. 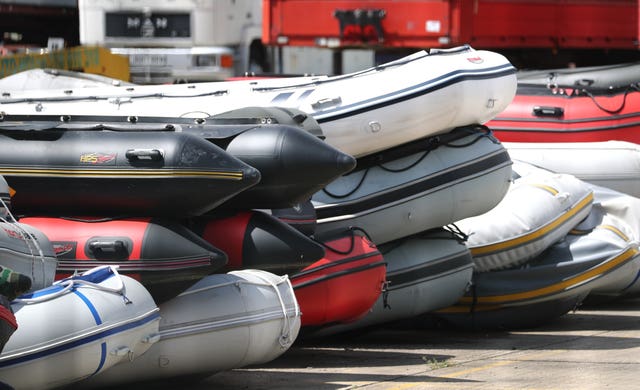 “To be honest, in the middle of the sea I was not scared because everyone has to sacrifice something in their life. “I was confident in what I had to do because it was my dream.

I was sure I could do it.” They eventually landed unaided in Dover, where police confiscated Jackson’s phones. Now he awaits the outcome of his asylum claim, still scared that he might have to go back to Sudan.

He said: “I am sure I can prove I can have a good life. “I just want a peaceful life like anybody, to do my job, do my hobby. Just a simple life.”

Care4Calais has launched an emergency appeal at care4calais.org/emergency-appeal/