'Imprisoned, enslaved, tortured': One asylum seeker's journey to the UK 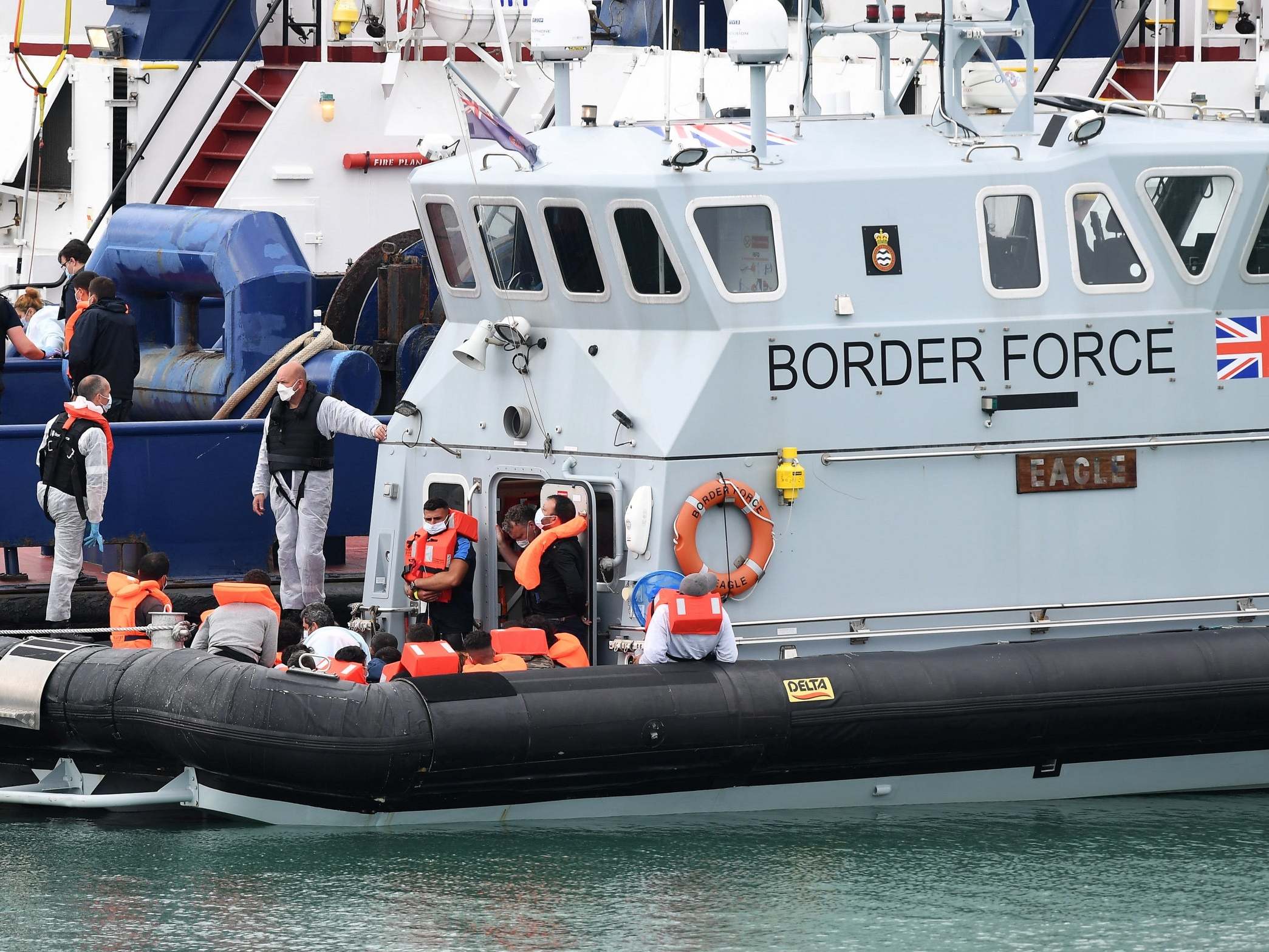 Sitting with her baby girl close beside her, Mussarrat is in her 30s and living in the UK while she waits for her asylum claim to be processed. During her harrowing journey to Britain she was imprisoned, enslaved and tortured. She spent three days on a dangerous boat packed with 250 people trying to reach Italy, not knowing if she would drown in the attempt.

When she eventually arrived in Britain, hidden in a hot and cramped space in the back of a lorry, she was interviewed by a caseworker about her story. Her first asylum claim was refused.

Humanitarian charity Freedom From Torture believes hers is another example of how the Home Office fails vulnerable asylum seekers. Since then Mussarrat has given birth to a healthy baby girl and a fresh asylum claim has been lodged, assisted by the charity.

With migrant crossings a hot topic in the news at the moment, Mussarrat volunteered to speak to the PA news agency about her experiences while she waits to hear what will happen to her. She spoke through an interpreter and her name has been changed to protect her identity. Mussarrat’s story begins in Ethiopia, where she grew up with her family.

Her father was targeted for his political beliefs and was imprisoned, and later died. She and her brother took up the cause, even though she knew she would have to flee. She said: “Sometimes the police came to our house.

We were scared. “When the police came I would just be hidden.” Fearing she would come to harm, Mussarrat used family connections to smuggle herself into Sudan where she went to live with a family friend.

“She works selling tea and I was helping her. “The police found me and because I didn’t have any papers they put me in prison.” She was held in the prison for about 20 days in horrible conditions: not enough food, no showers.

As soon as she was free she resolved to leave Sudan and headed for Libya. “I found an agent, I did not know them. My mum’s friend paid and they took me to Libya.

“First they took us in the lorry up to the desert then after that there was a pickup truck. “There were 12 people. Some died on the way to Libya.

“They are just dropping from the pickup. It was an awful situation, very scary.” Once she reached Libya she says the group was abandoned by the agent who had transported them and they were detained by police.

It took them six hours to reach the prison, where she was held for four weeks. Mussarrat was told that she would not be freed until a member of her family or a friend paid a fee. Inside the prison she was pushed and painfully beaten with plastic sticks.

Eventually she was taken to a large house and imprisoned there with 30 other people. “For four months I stayed there like a slave. They said you haven’t paid the money so you have to work for us.

They enslaved me. “Outside you hear the guns. People are shooting.

This country, it’s very, very scary.” One day she was finally allowed to leave, so she set off for Italy. She was one of around 250 people packed onto a small boat and put out to sea.

The journey to Italy took three days and only ended when a larger ship picked them up. From Italy she made her way to France and up to the Calais Jungle camp, where she stayed for about a month. She had no knowledge then of the international asylum system, and had not entered any claims.

Mussarrat said she knew nothing about the UK either, but some people she was travelling with were trying to reach Britain so she joined them. They were smuggled into a lorry which then drove onto a boat and made the crossing to the UK. “We were hiding in the lorry.

There was not enough space, it was difficult to breathe.” She recalls them knocking on the clueless driver’s cabin when they reached the UK and the police being called. When officers arrived they told her: “Don’t worry, you are now safe.

“You are in the UK.” Like others who claim asylum in Britain, Mussarrat was held in a detention centre where she lodged her application. But she says the caseworker did not interview her properly.

She said she was not able to explain fully the horrors she had been through. Her asylum application was refused. Her appeal was dismissed.

Freedom From Torture, a humanitarian charity based in the UK, says that Mussarrat’s experience is not uncommon and asylum applications are frequently refused arbitrarily. Sonya Sceats, chief executive of Freedom From Torture, said: “The desperate men, women and children arriving across the Channel are a consequence of our increasingly dangerous world. Yet our government denies their heart-breaking stories and paints them as invaders for political ends.

“Instead of solving the problem by creating safer travel routes, it has whipped up hysteria about borders and launched an attack on lawyers.

“Attacks on civil liberties often start at the border, but they end up affecting us all.”

Freedom From Torture has been supporting Mussarrat and has helped her with a fresh asylum claim which is currently pending.

At the moment Mussarrat lives in temporary accommodation with her daughter while she awaits the outcome of her application.