Linslade recycling champion has bin lorry named after him 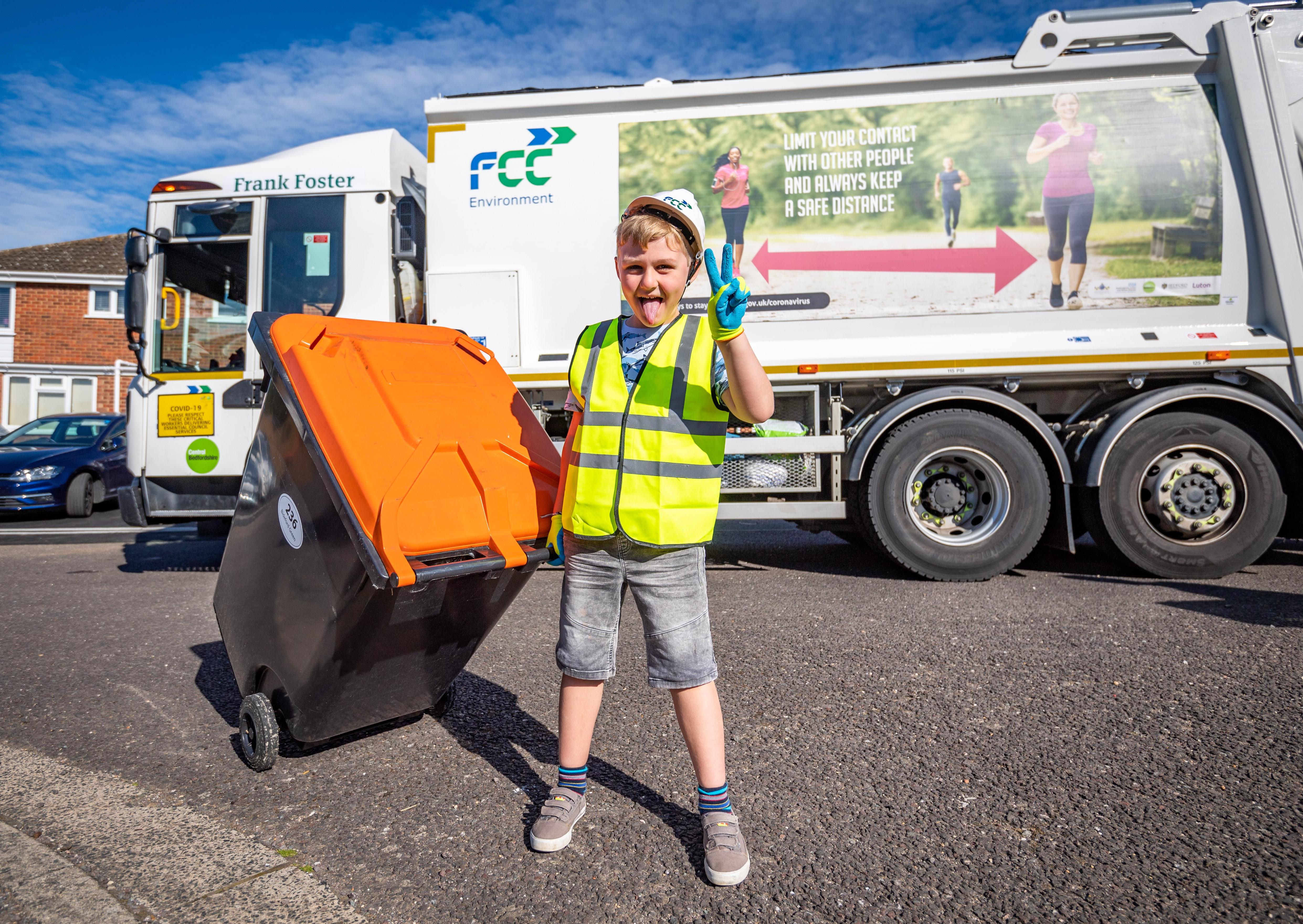 Linslade youngster Frank Foster, eight, stepped outside at 8.45am on Thursday, July 30, as his personal recycling lorry arrived to collect his rubbish. Frank is a huge recycling fan and always looks out for the lorries on bin day but it was no ordinary day, because the truck which collects waste in his street proudly carried its new name, FRANK FOSTER. The truck is one of the 34 new waste and recycling trucks ordered by Central Bedfordshire Council as part of a new contract with FCC Environment, and back in March, before the lock down, the council launched a competition to ask residents to help to name the brand spanking new vehicles, which took to our roads at the beginning of February this year.

Frank. Credit: SWNS The 34, state-of-the-art, trucks will be working hard for years to come, collecting the likes of:

But it was the Frank Foster that really captured CBC’s imagination. Cllr Ian Dalgarno, Executive Member for Community Services said: “We found out about Frank’s passion for rubbish collection and recycling via social media when we launched the naming scheme. “He’s even got his on YouTube channel (the funny boy) which showcases his videos of bin and recycling days.

So, naturally we felt we ought to name a lorry after him.” FCC Environment Area Manager Brian Ashby said: “The last few months have been hard work keeping waste and recycling services going during the COVID pandemic but as lock-down eases slowly, it feels great to be able to announce the new truck names and to be able to share the news with Frank in this way.” The names of all the lorries are:

13 Gone with the Bins