Female firefighters were forced to hit back at sexist comments after a snap of their all-women crew went viral.

London Fire Brigade shared a photo of the five-strong team in a Facebook post last week and admitted having all women responding together remains ‘incredibly rare’.

Station Officer Louisa De Silvo, Firefighter Nikki Upton and Firefighter Emily Butler are all stationed at Chelsea Fire Station and were joined by Firefighter Nicole Moult, Firefighter Lauren Williams, who were dispatched to join them on standby from Deptford and Dockhead fire stations respectively.

The post has since been ‘liked’ more than 14,000 times and received 1,500 comments, many from social media users who call the women an ‘inspiration’.

However there were also a handful of derogatory comments from users who undermined the firefighters’ driving and sense of direction – and asked when their calendar was coming out. 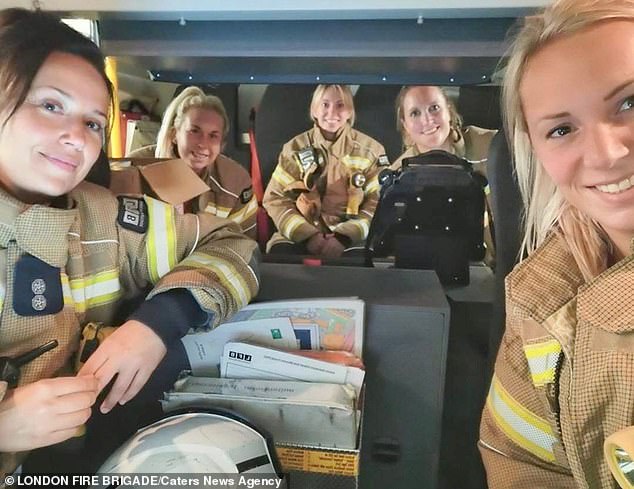 An all-female firefighting crew captured the ‘rare’ moment in a snap shared on Facebook by the London Fire Brigade.

The original post read: ‘We’ve come along way since the first operational woman firefighter in London in 1982 but an all female crew is still incredibly rare.

‘It was Nikki’s first-ever all-female fire engine in her ten years career. We’ve come along way since the first operational woman firefighter in London in 1982 but an all female crew is still incredibly rare.

‘We will continue to challenge the notion that firefighting is a male only role and promote how rewarding the career is for all. All young women should feel that this is a viable job. You CAN be what you CAN see!’

The post received a stream of support with social media users from around the world sharing snaps of themselves and relatives who are also female firefighters.

One person wrote: ‘Lovely to see.

It still amazes me when we rock up on scene as a double female crew and the patient says ‘two ladies?? Ahh how am I going to get to the ambulance… you two little ladies won’t be able to lift me down the stairs!’

Posting a snap of herself, another said: ‘Fire fighter 11 years and counting. Keep up the great work sisters from the US’

A third added: ‘This shouldn’t be a rarity in 2020… but it is… wouldn’t it be lovely to have all female crews and no one bat an eyelid!!’ 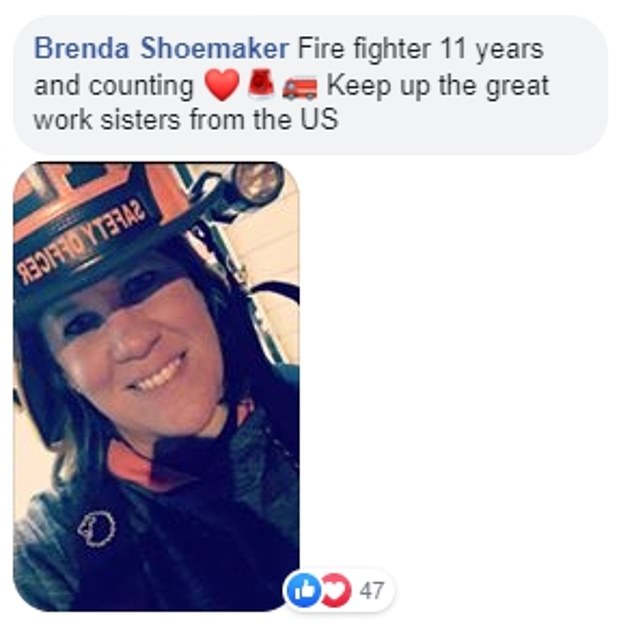 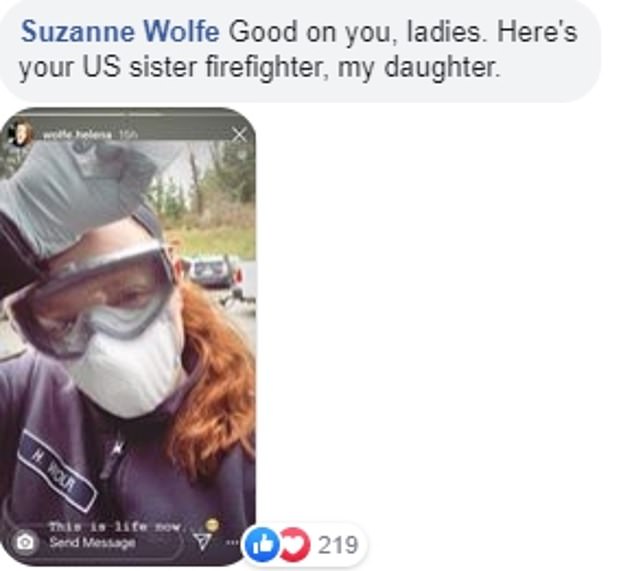 Many Facebook users were impressed by the all-female crew, with some even sharing their own snaps on the job

The duo reflected on how they became firefighters in response to a number of sexist comments and misconceptions that were posted about the profession.

In response to a question about who drives the truck, Emily said: ‘I could teach some people a thing or two about driving.

I’ve been driving heavy machinery since I was about 16.

‘I’ve got all my digger tickets, machinery tickets, so if someone wants a lesson i’ll teach them.’

The pair also received comments from people who assumed that women aren’t genetically strong enough for the role of a firefighter.

Nikki (pictured, with Emily) explained that the female fire-fighters are just as strong and capable for the job as men

Nikki said: ‘I’ve trained as a personal instructor and a spin instructor.

I’m passionate about fitness and I can lift heavy and I know I can probably life heavier than many men out there.

‘Firefighting is not only brute force, but when brute force is needed we’re just as good as any of the men.’

According to the London Fire Brigade women were trained how to protect factories from fires during the First World War and their role in the fire service gradually increased throughout the years.

Dany Cotton became the first woman commissioner of London Fire Brigade in 2017, however trailblazers can be found as far back as 1878 when the Cambridge Insitute had its own all-women’s fire brigade.