'This is the most exciting day of my life'

And former Wales international rugby union player, Craig Quinnell stayed to lend his support and greet NHS employees on arrival. MORE STORIES: Event organiser, Mr Barham said: “We tried to think of something – how could we look after such important people as the National Health Service and the care workers.

“Speaking to Henry back in March we came up with this idea, but obviously we couldn’t do anything until covid-19 regulations eased quite a lot – and what a better way to look after the nurses and the care home workers; the kids: and their families on a day like this at Barry Island fairground. 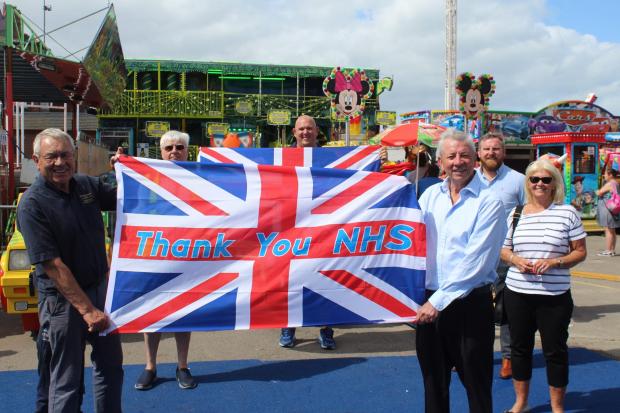 A welcome to Barry Island Pleasure Park for NHS workers

“They’ve come in and they’ve all got smiles on their faces and that’s more important to me than anything else. “All the kids can have their hotdogs and burgers – all the wrong food – and we’ve got the drinks and pop. “It’s all about making people feel important and I’m sure we’re going to achieve that.

“Hopefully, we’ll never have to do it again – in the future we’ll have some remedy for this terrible thing that’s happened and affected so many lives.

“This is all about the people that matter – they are more important than anybody else.” Attending on the day, Vale residential home manager Ayshea Martyn, of Barry, said: “I think it’s an amazing idea. “It gives NHS workers and care home staff something back.”

NHS nurse, Kath Ferguson, of Barry, added: “It sounds as if it’s going to be really good. 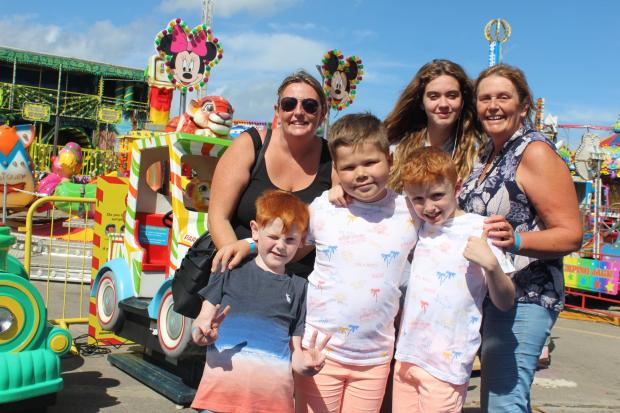 A family day out

“I’ve brought my grandchildren and my daughter.” Ysgol Bro Morgannwg pupil Korey Clemett, 12, of Barry, visited with his auntie and carer Rhian Jones; sisters Seren and Tegan, both eight; and cousin Maxi Muria-Jones. Korey said: “I think it’s going to be fun.

“I want to go on the purple ride – Atmosphere – and Extreme.”

Taking a ride on a fun, sunny day

Mr Quinnell said: “I’ve just come to support the organisers. “They asked me to come along and meet people and say ‘hello’ and I decided it’s such a great cause giving back and saying thank you to all the key workers who have worked so hard over the last six months when the rest of us were relaxing.” He added: “I don’t think I’m allowed on any rides – I’m too big now.

Barry Island Pleasure Park owner Henry Danter said: “I think it’s a very special day. “It’s only a special day for Barry and all these lovely hardworking people helping us through the crisis. 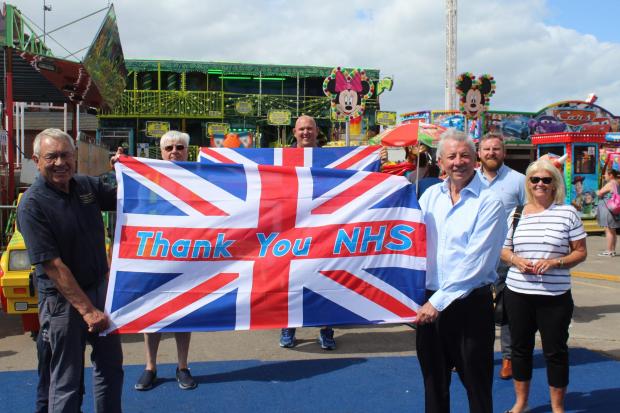 A welcome to Barry Island Pleasure Park for NHS workers “The Park has been open 100 years so there’s a double-edged sword here. “In 1920 it was recognised as an amusement park.

“One hundred years on we are still here and it’s bigger and better than what it was then. “We’ve got a great day, some great people, we’ve got a great place. “At 2pm we were weeping, the wind was so strong, we were wondering if it could go ahead, but thank the Lord most rides will be operating.

“We want to do our little bit for the community we live in, for Wales, and the people who have risked their lives to make sure that we’ve got a chance to live.

“I think this is the most exciting day of my life.”