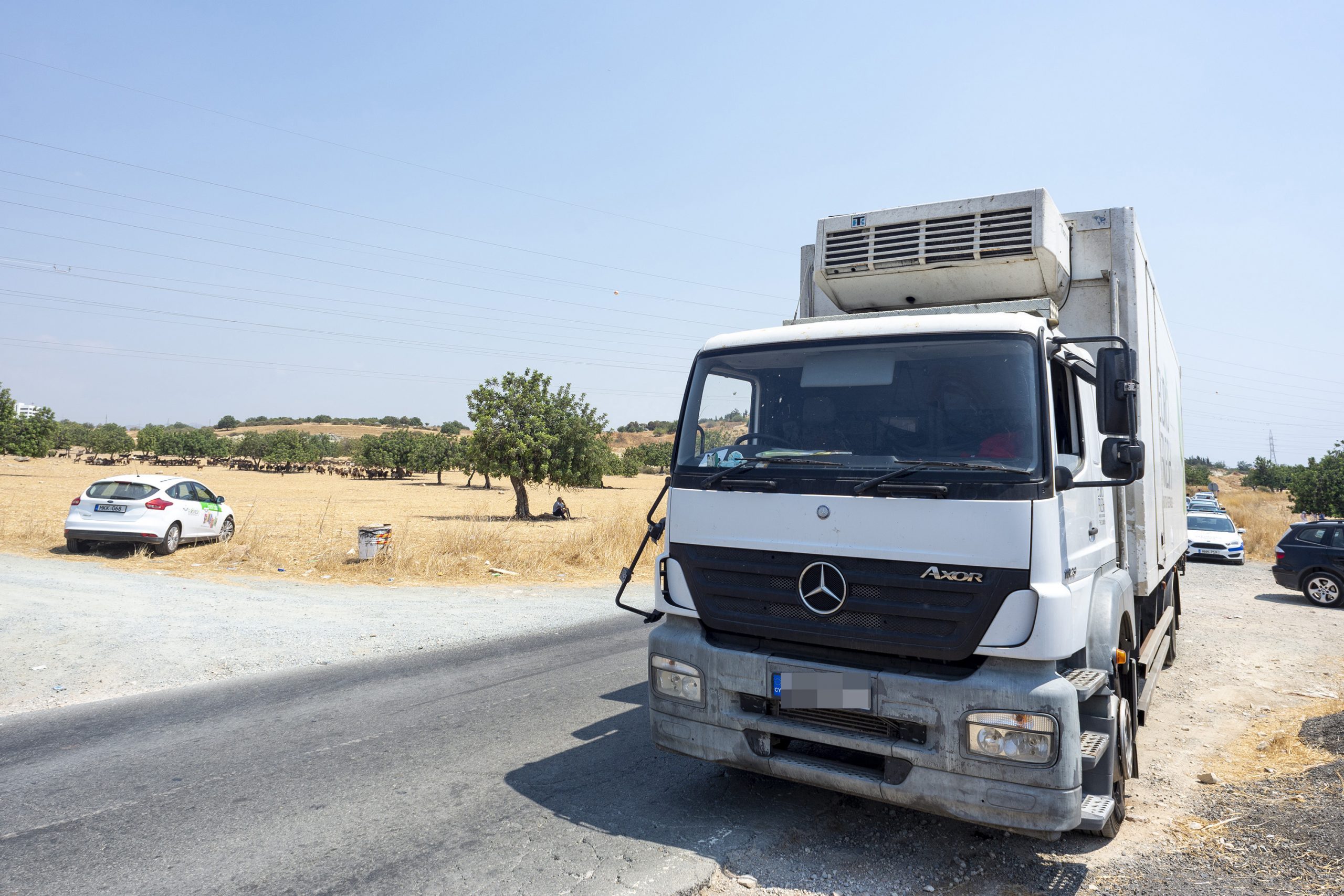 A 49-year-old truck driver was killed on Thursday in Kato Polemidia, Limassol, after being struck in the head by a six-metre metal pole which flew off a pickup truck, coming from the opposite direction, into the front cabin of his vehicle. At the scene, Limassol traffic police spokesman, Michalis Michael said they were investigating whether the man’s death was caused by the negligence of the other driver. According to initial investigations, the metal pipes were tied down.

However, the circumstances of the accident is still under investigation. The victim, Mitko Mitev, 49, from Bulgaria, was driving with a passenger in his truck at around 11am toward the Ayios Sylas industrial area in Limassol, when the pick-up truck driven by a 55-year-old man on the opposite traffic lane passed by Mitev’s truck. When the pick-up passed Mitev’s truck, the six-metre long metal poles in the bed of the pick-up flew off.

One passed through the open window and hit Mitev in the head. Michael added the 49-year-old had a passenger in the truck, but the passenger did not make any statements as he was still in shock. The 55-year-old pick-up driver was arrested, Michael said.

Asked whether the transportation of such pipes in the back of a pick-up truck is permitted, Michael confirmed that it was not allowed.