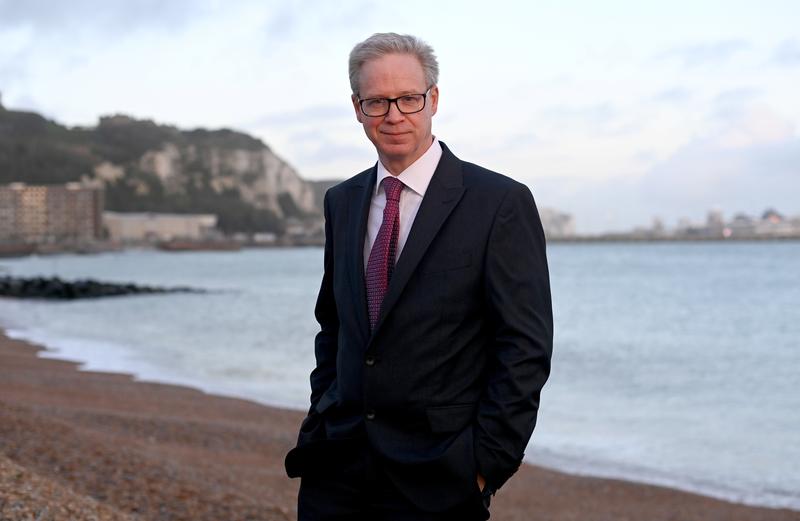 31 and is already seeing almost record volumes as companies rush to stockpile, its chief executive said on Thursday.

Doug Bannister, CEO of the Port of Dover, poses for a portrait in Dover, Britain, December 17, 2020. REUTERS/Dylan Martinez

31 and when its transitional period within the EU’s customs union and single market ends at 2300 GMT on Dec.

31, companies in Britain will have to complete full customs declarations and paperwork to move goods into and out of the world’s biggest trading bloc.

“We are expecting that there will be some disruption but the one thing that the Port of Dover has is a proven track record of being able to clear disruption very effectively and get back to normal operations,” Doug Bannister told Reuters in Dover as a ferry loaded behind him and departed for Calais.

The British government has warned that in the worst case scenario, if companies have not completed the paperwork correctly, up to some 7,000 trucks could back up from Dover, turning southeast England into a giant truck park.

As Bannister spoke, trucks heading towards Dover were backed up for around 20 miles (32 km), snaking into the nighttime horizon, according to a Reuters photographer who drove the length of the queue.

Bannister said the port – just 21 miles across the Channel from the French coast – was as best prepared as it could be but that there was uncertainty over how far traders were ready for customs declarations from Jan.

As trade negotiations go down to the wire in Brussels, Bannister said a deal before New Year’s Eve would improve relations while an acrimonious no-trade deal exit could trigger unpredictable consequences.

“You can imagine that if there’s a no deal or a bad deal, say, about fishing rights, then there could be some challenges with some French fishermen in the ports over on the French side – there could be disruption on the trains as well with burning tyres on the tracks and that kind of stuff,” he said.

One of Prime Minister Boris Johnson’s most senior Brexit ministers, Michael Gove, said on Thursday that any possible disruption at ports would be short-lived.

“I would expect that we would find that after an initial few days and weeks of potential disruption that things will resolve themselves and find a new normal relatively early in the new year,” Gove said.

Bannister, a dual U.S.-British citizen from New Jersey, said volumes had been cranking up for a couple weeks as companies rush to stockpile ahead of any disruption.

As part of preparations for Brexit, Dover had applied to the British government for 33 million pounds (£44.88 million) in funding to adapt the port for life outside the EU, an application that was recently rejected.

Bannister said he was disappointed as the move would have enabled the port to more easily send trucks with the wrong paperwork back on to the road, without disrupting the rest of traffic bound for the European continent.

He said he expected volumes to remain high right up to New Year’s Eve and then drop off in early January. The most worrisome period, he said, would be in mid- to late January when volumes picked up again.

Bannister, who is in contact with port bosses in Calais and Dunkirk, France on a daily and sometimes hourly basis, said he would be working through New Year’s Eve.

For the longer term he worries what impact Brexit will have on free-flowing trade.

“If there was an ongoing persistent challenge that is really hampering the economy of the UK that could see overall business activity curtailed…, I think that would be bad,” he said.