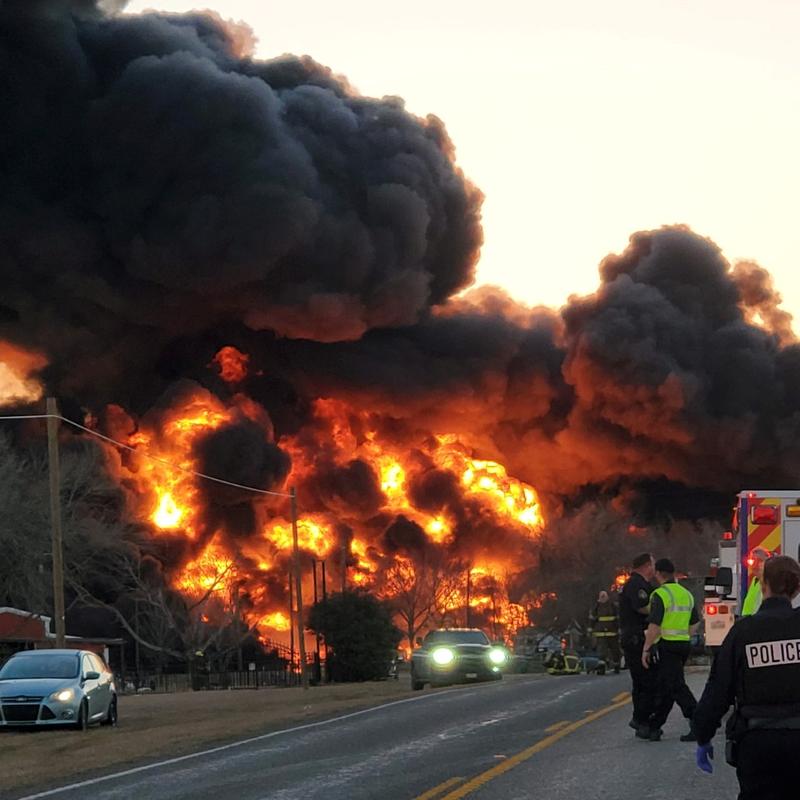 A fire is seen at the place of the train and truck collision in Cameron, Texas, U.S., February 23, 2021, in this still image obtained from a social media video. Lonnie E. Gosch/via REUTERS

(Reuters) – A BNSF train carrying fuel collided with a truck near Cameron, Texas, on Tuesday, causing a fire in gasoline-carrying cars and prompting an evacuation of the surrounding area.

“Local first responders and BNSF personnel are still on site working to completely extinguish the flames,” BNSF, one of the largest railroad operators in North America, said in a statement.

BNSF, a unit of Berkshire Hathaway Inc, said 13 of the 110 cars in the train were derailed in the accident, with five of those carrying gasoline.

Five other cars carrying non-hazardous loads were also on fire, the company added.

The train crew and truck driver were not injured, BNSF said, adding it would assess the damage and plan a clean-up once the fire was fully doused.