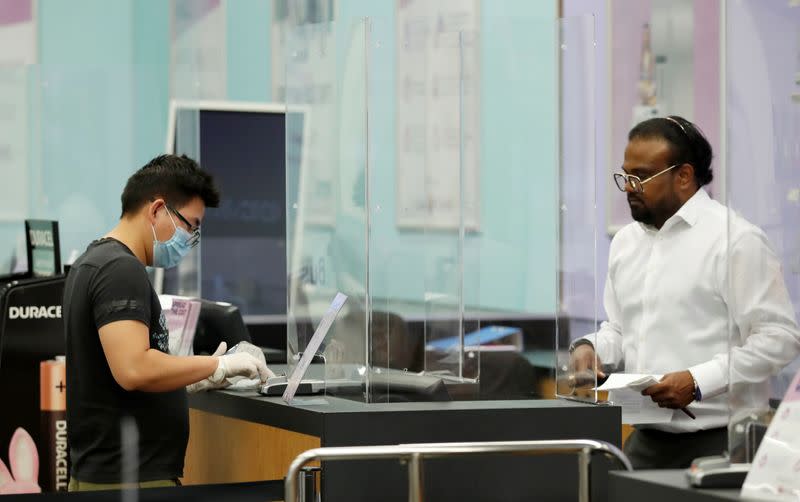 LONDON (Reuters) - Consumer spending on credit and debit cards in Britain fell in June from May for the first month-on-month decline since January, according to data published by the country's statistics office on Thursday. Aggregate credit and debit card spending, based on data from payment processors provided by the Bank of England, fell by 4 percentage points compared with May 2021, dropping to 95% of its February 2020 average level, the Office for National Statistics said. There was also a dip in online job adverts on July 9 which fell by 4% from the previous week, but remained much higher than pre-pandemic levels at 129% of its February 2020 average level, the ONS said.