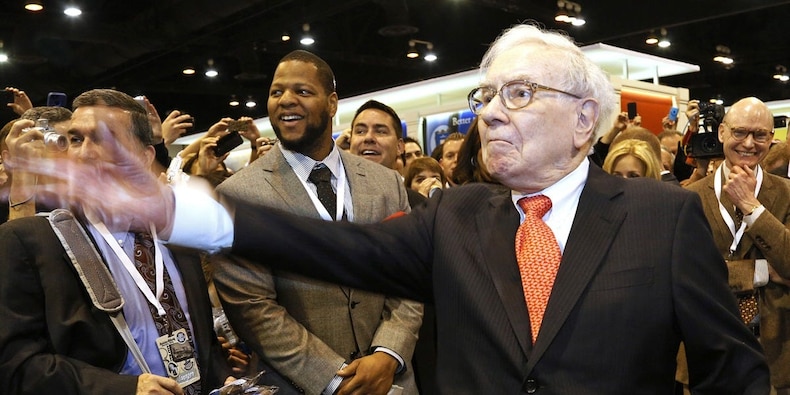 Warren Buffett’s Berkshire Hathaway built new stakes in Floor & Decor and Royalty Pharma in the third quarter, a regulatory filing revealed on Monday. The famed investor’s company also took a knife to several of its pharmaceutical and financial holdings in the period. Berkshire owns scores of businesses including See’s Candies and Geico, and holds multibillion-dollar stakes in Apple, Coca-Cola, and other public companies.

It disclosed a new, £99 million position in Floor & Decor, a flooring retailer, and a £475 million stake in Royalty Pharma, which funds clinical trials in exchange for royalties. Buffett’s company exited Merck, Organon, and Liberty Global. It also cut its AbbVie and Bristol-Myers Squibb positions by 30% and 16% respectively last quarter, despite only adding those names to its portfolio in the third quarter of last year.

Moreover, it trimmed its Visa, Mastercard, Charter Communications, US Bancorp, and Marsh & McLennan holdings. On the other hand, Berkshire boosted its Chevron stake by 24%, after halving its position in the energy group in the first quarter of this year, and trimming it even more in the second quarter. Berkshire’s limited tweaks to its portfolio were foreshadowed in its recent third-quarter earnings.

They showed the conglomerate spent £1.4 billion on stocks and sold £3.4 billion worth in the period, meaning it disposed of a net £2 billion of equities in the period. That might seem like a lot, but Berkshire’s stock portfolio was worth £293 billion in total at the end of September. Moreover, the company boasted £149 billion in cash and short-term investments, its latest earnings showed.

Buffett has been itching to deploy a chunk of Berkshire’s cash on a big stake in a public company or an elephant-sized acquisition for years. However, he’s struggled to find bargains with stocks near record highs, and private equity firms and SPACs pushing up the prices of businesses. In the absence of any great deals, Buffett has plowed billions of dollars into stock buybacks.

In fact, his company is on track to repurchase a record £25 billion of its own shares this year.

: Finance guru Whitney Tilson breaks down why Warren Buffett’s Berkshire Hathaway is the ultimate ‘stay rich’ stock — and explains why he’s not worried about £7 billion in net stock sales this year