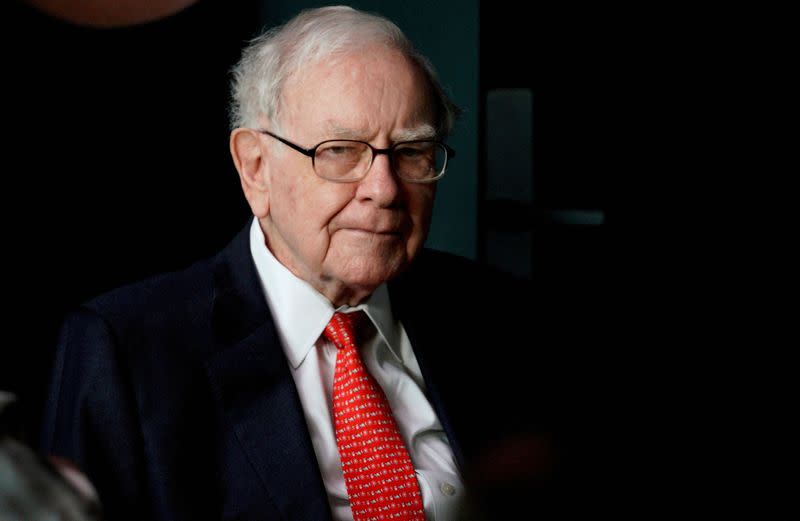 By Carolina Mandl and Jonathan Stempel OMAHA, Neb. (Reuters) – Warren Buffett will face pressure to improve Berkshire Hathaway Inc’s environmental and social policies as well as governance when he meets shareholders this weekend, in what investors say is a harbinger of what may come after the 91-year-old billionaire is no longer in charge. Calpers, the largest U.S. public pension fund, and other investors are demanding that Berkshire install an independent chair to replace Buffett, and disclose more about how its dozens of businesses promote diversity and address climate risks and greenhouse emissions.

Buffett would remain chief executive officer. Still, these may not stand a high chance of success until Buffett himself steps aside. Buffett is 91.

“In a post-Buffett world we may start to see a more aggressive shareholder base agitating for greater change,” said Cathy Seifert, an analyst at CFRA Research in New York. “At this point, there is a high degree of deference to Warren Buffett.” The proposals have drawn support from the influential proxy advisory firm Institutional Shareholder Services, and some support from investors including Norges Bank Investment Management and Neuberger Berman. Berkshire, which opposes the proposals, has long resisted a revamp.

It says its insurance, namesake energy and other operating businesses already address the investors’ concerns, and that it’s “unusually decentralized” business model means Buffett need not prescribe one-size-fits-all reporting requirements. Buffett said last May it would be “asinine” to require reports from Berkshire’s dozens of smaller companies. Regarding splitting the CEO and chairman roles, Berkshire has said that someone outside management should chair the company after Buffett is no longer in charge, but that Buffett should retain both roles.

Indeed, the proposals are likely to be defeated in part because Buffett controls nearly one-third of Berkshire’s voting power. Similar proposals about climate risk and diversity drew support from less than 30% of votes cast last year.
Story continues

Shareholders will vote at the end of Berkshire’s annual meeting, after Buffett and Vice Chairman Charlie Munger, 98, answer shareholder questions at the meeting, the main event of a weekend which draws tens of thousands of investors. Vice Chairmen Greg Abel, 59, who would replace Buffett as chief executive if the need arose, and Ajit Jain, 70, will also be on hand to field shareholder questions. REVERENCE

Within Berkshire’s investor base, two worlds collide. Buffett has long been revered by many smaller investors–as well as larger ones–who have stuck with him for decades, some of whom say there is no need for change. Bill Smead, founder of Smead Capital Management and a longtime Berkshire shareholder, noted that Berkshire Hathaway Energy is already spending heavily on cleaner energy, as it aims to halve greenhouse gas emissions by 2030 from 2005.

“Spending £3.9 billion on wind and solar in Iowa is all that anyone concerned about the climate needs to know about Berkshire,” Smead said. The calls for change also come as shareholders are enjoying better-than-average returns on their stock, after significantly lagging in 2019 and 2020 and slightly outperforming in 2021. Through Wednesday, Berkshire shares were up 10% this year while the S&P 500 index was down 12%, as more investors turn to value from growth stocks.

Timothy Youmans, engagement lead for North America at EOS, an arm of Federated Hermes that co-sponsored the climate risk proposal, acknowledged that a victory on Saturday is unlikely after four years of discussions with Berkshire. But still, he is hoping for change, noting Abel’s discussion in Berkshire’s latest annual report of Berkshire’s sustainability efforts. “Abel appears to have a very good grasp of climate change risks,” Youmans said. “We’re hopeful … he will implement the parent company level climate reporting that we’re asking for.”

Mohnish Pabrai, a principal at Pabrai Investment Funds and longtime Berkshire shareholder, called the demands for greater reporting a distraction. “Companies should focus on the mission of taking care of their shareholders and employees and customers,” he said. Berkshire, he projected, is positioned to “do well for the next 100 years.”