Sustainable farming pioneer and driving force behind the charity LEAF

Caroline Drummond, who has died of cancer aged 58, was a pioneer of sustainable farming and food production, and for more than 30 years the driving force behind the global charity LEAF (Linking Environment and Farming).

A passionate and energetic advocate of helping consumers better understand agriculture and its connection with their food, Caroline led LEAF from its inception in 1991, and as chief executive expanded it into a globally recognised and respected organisation. Through its network of demonstration farms – managed to the highest standards – it aims to showcase good practice to farmers and the public.

One of Caroline’s biggest achievements was the development and 2002 launch of the LEAF Marque initiative, a UK-based farm assurance scheme that recognises and labels fresh produce, meat and arable crops that are grown to approved environmental standards.

Following initial scepticism from some retailers, Waitrose became the first UK supermarket to adopt the scheme, in 2007, and it is now in use in 19 countries, certifying 48% of all UK-produced fresh fruit and vegetables. A major milestone came last autumn when the supermarket giant Tesco began to roll out the scheme to its entire UK and global grower base. 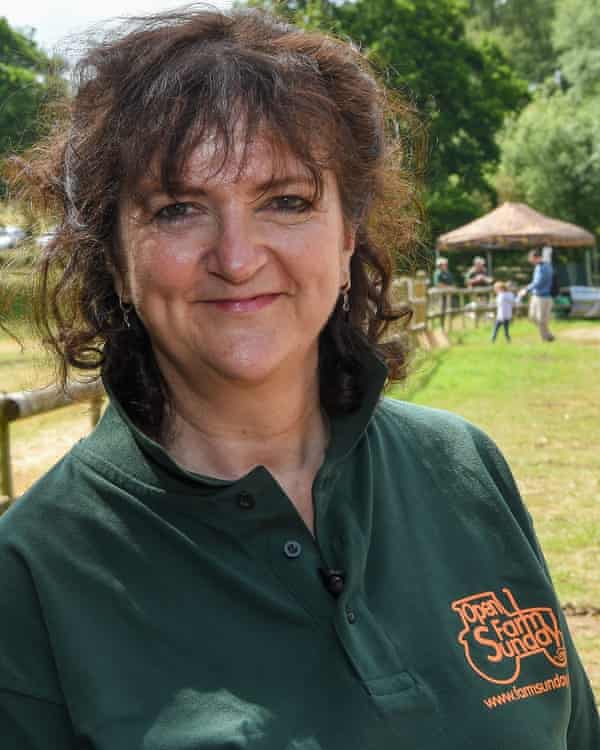 Caroline also oversaw the introduction of Open Farm Sunday in 2006, and it was during the early days of this event that I first met her.

Each year farmers open their gates to the public, typically attracting more than 250,000 visitors. Inspired by a model in Denmark, it has been instrumental in connecting consumers with farming, showing them where their food comes from and how it is produced.

Long before it became fashionable, Caroline championed sustainable farming – initially battling resistance from traditional farmers and the establishment at a time when their main priority was to ramp up production with scant acknowledgment of environmental issues or climate change. Over time she was able to build bridges and bring disparate groups together to work on shared objectives across the farming industry. “When LEAF started out, the notion of … the National Farmers’ Union sitting around the same table as, say, the Campaign for the Protection of Rural England or the RSPB was almost unthinkable,” she said.

Known as CD to her family and friends, Caroline was born in Fareham in Hampshire to Sally (nee Spencer), a secretary and housewife, and Lt Cdr Geoffrey Drummond, a deep sea diver in the Royal Navy.

When staying with her grandparents on the Isle of Wight the young Caroline saw the devastating impact of foot-and-mouth disease at first-hand, and decided she wanted to become a vet.

But as she increasingly spent time as a teenager working and helping out on local farms – she liked to say that she was once a ‘”stripper”, although only to the extent of removing the leaves from corn cobs – agriculture became her broader vision.

After boarding at St Swithun’s school in Winchester, Caroline began a degree in agriculture in 1982 at Seale-Hayne Agriculture College in Devon (later absorbed into Plymouth University). After graduating in 1986 she travelled for a year to Nepal, Australia and the US. Then she joined Management Development Services, a company that provides management training for the food industry, as one of its first recruits on a graduate scheme.

Her work there took her to many farms, and she greatly enjoyed being involved with soil, nature, water and growing.

In 1989 she moved to Bedfordshire to become an agronomy lecturer and forklift truck instructor at Shuttleworth College, before starting at LEAF in 1991. Though her first job title was project co-ordinator, from the outset she led the organisation, and as it grew she took on the role of chief executive.

In 1998 she married Philip Ward, a dairy farmer she had met at Seale-Hayne. The two enjoyed family life and long weekends with their daughter, Gabrielle, on their farm in Liskeard, Cornwall, despite their respective work timetables being wildly disconnected.

On Sunday evenings, Philip would drive Caroline to Liskeard to catch the late-night sleeper to London before himself going to bed and rising at 3.15am to milk the cows.

During the week Caroline based herself at LEAF’s headquarters near Kenilworth in Warwickshire, but she also travelled across the UK and often overseas to attend meetings with farmers, politicians, industry bodies and retailers. A 15- or 20-hour working day was not unusual, and in the early days when the charity was run on a shoestring she would sleep on the office floor to save money.

She was appointed MBE in 2009, made a Nuffield scholar in 2013, and received the British Farming Awards’ inaugural award for outstanding contribution to British agriculture in 2017. In 2019 she was named one of the Women Economic Forum‘s “women of the decade”; the same year she received the Farmers Weekly Lifetime Achievement award.

In her spare time she would potter about in her garden in Cornwall or return to her canvas and oils as an enthusiastic amateur artist.

She loved singing, and singled out her biggest claim to fame as a concert she took part in when she was studying at Seale-Hayne, when her group, CD and the Sensations, supported Kid Creole and the Coconuts.

She is survived by Philip and Gabrielle, and by her mother and two brothers, John and Charles.