By Danyal Hussain For Mailonline

Ten teenagers are facing life behind bars after they murdered an 18-year-old with a 10-inch Rambo knife as he left a funfair.

Jack Woodley was set upon and killed after he left the Houghton Feast in County Durham last October.

The group of teens who attacked him were ‘out looking for serious trouble’ and pulled on face coverings and balaclavas before confronting their victim.

Newcastle Crown Court heard one of the attackers shouted ‘get the chopper’ before Jack was punched, kicked, stamped on and stabbed in the back, while the group ‘prevented him from escaping and prevented other people from helping’.

Despite the best efforts of medics, Jack later died in hospital.

Ten teens, now aged between 14 and 18, denied murder but were today found guilty after a trial lasting two months.

They will be sentenced at a later date and have all been remanded in custody, facing life sentences.

One witness said the youths were like a ‘herd of lions’ when they attacked. 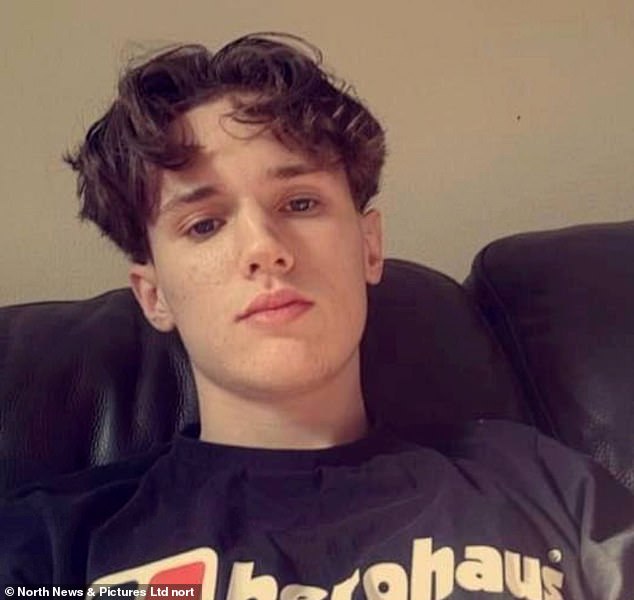 Jack Woodley, 18, who was killed after he left the Houghton Feast in County Durham last October, by a group of teens

Jack was set upon by a group of 10 other teens.

Pictured: Grieving mother Zoey McGill released this heartbreaking picture of her son Jack as he lay dying in hospital

Pictured with her husband Chris, mother Zoey described the tragic final hours of Jack’s life: ‘I will never be able to find comfort in the pain that he went through’

‘From the moment Jack was born he brought light and love to us all’: Family’s heartbreaking tribute to teen

The parents of Jack have paid tribute to him following the verdicts today. The tragic teen is survived by his father John Woodley, mother Zoey McGill, stepdad Chris McGill and siblings Jayden, Jenson and Tyler.

Zoey said: ‘Jack was my reason to live and succeed in life. From the moment Jack was born he brought light and love to us all.

‘In the months before October, Jack had sat and passed his English and Math Level 3, CSCS Operatives Card, Forklift Truck License and had secured a job with Amazon which he was due to start the Monday after his death.

‘Jack had also secured his own accommodation and had received the keys for this on the day he was attacked.

We were all very proud of Jack and this should have been a very exciting time in his life.

‘The devastation of losing Jack is immense and far reaching. The trauma of reliving this whole incident over a long trial has had a devastating effect on us all. We cannot see a way of recovering from this.

‘We feel imprisoned by our grief and trauma.

No parent, loved one or friend should suffer someone going to a fair and losing them forever. We will never be able to share treasured family moments with our ‘cheeky chappy blue-eyed boy’ ever again.’

John added: ‘It feels nearly impossible to put into words and describe how my life has changed after the passing of my beautiful son Jack.

‘My heart has broken into a million pieces and the hurt this has caused is unmentionable.

‘My son went to a fair with his girlfriend to enjoy a night out and he didn’t come back. The pain and fear he must have endured that night is unthinkable.

‘Jack had his whole life ahead of him, he was just 18 years old.

Those who attacked our Jack get to see their families and have a future, Jack does not.

‘We visit Jack at his grave and wonder how his life would have been if he was still here. As a family we couldn’t even see Jack for six weeks after his death as he had to go through so many different examinations after the attack. We laid him to rest eight weeks after he died – eight terrible, painful weeks.

‘The trial process has been extremely difficult to endure.

The grief has been amplified through this long trial process. Having to relive what happened to Jack on that night has been horrific to us all.

‘Jack my boy, I will love and forever miss you. All our hearts are forever broken.’

Another witness who saw the violence said: ‘Jack got down on the floor so he could curl up in a ball.

‘He was so scared.

There were so many punches raining down on him.

‘Everyone in the group was just kicking the life out of Jack, stamping on his head.

‘The lads were savagely kicking Jack, like zombies attacking an animal.

‘I remember the terrified look on Jack’s face as he was being kicked, punched and stamped on.’

Jack, who had told his attackers he wanted to go home and did not want to fight, died in hospital.

had all been at the funfair that evening and the killing happened near the Britannia Inn pub in Houghton.

Mr McKone said it was a 16-year-old defendant who attacked Jack first and the ‘others joined in’.

He said: ‘Jack was punched and kicked and stamped on and stabbed in the back with a large knife.

‘He died the next day after valiant attempts at the scene and in hospital to save Jack’s life.’

Mr McKone said one of the youths, who was 15, was armed with the ‘very dangerous knife’ that was used in the stabbing and another 15-year-old was carrying a knuckle duster.

He told jurors: ‘The prosecution say, based on the available evidence, the defendants went out looking for serious trouble that day.

‘The prosecution say these defendants surrounded and isolated Jack, pulling up their collars and covering their faces with hats and balaclavas as they prepared to attack Jack.

‘Someone actually shouted ‘get the chopper out’.’

Mr McKone said the group ‘not only attacked him but prevented him from escaping and prevented other people from helping him’.

He added: ‘By the end of the attack Jack had been fatally stabbed.

‘He also suffered significant bruising to his head, neck and body.’

The court heard the knife used in the attack was a ‘Rambo-style’ knife with a 10 inch blade.

Mr McKone said that while only one youth inflicted the fatal stab wound, the other nine are guilty due to ‘the concept of joint enterprise’.

He added: ‘What each defendant did to Jack varies, some used more serious violence than others.

‘But the prosecution say this was classic joint enterprise, where a group acted together for the common purpose of causing really serious injury to Jack.

‘The prosecution say all 10 defendants participated in this joint attack, using violence themselves or intentionally encouraging others to use violence.

‘It follows, that a person can be guilty of murder without intending for someone to be killed.’

Jack was found with stab wounds outside the Britannia Inn in Houghton-le-Spring, Tyne and Wear on October 16 last year and died of his injuries the following day 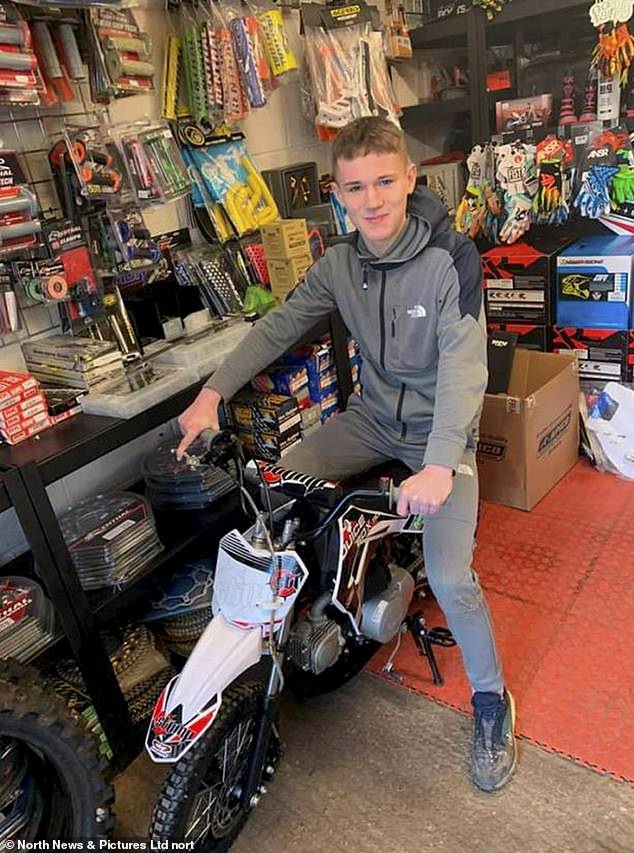 Jack had been offered a job at Amazon in Gateshead and wanted to live in a house with his girlfriend, but was told by social services he would have to wait until one was available