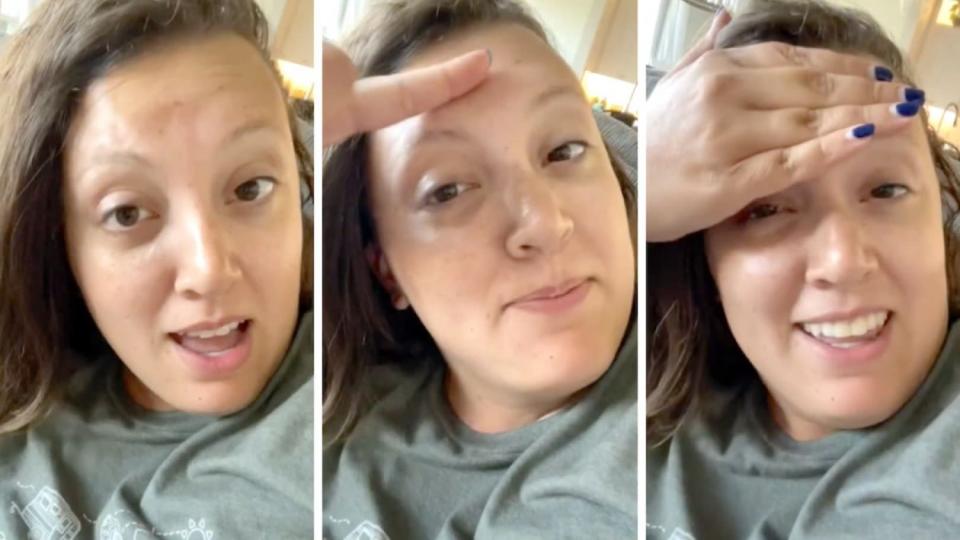 A mom shared the little white lie she tells her kids that just makes parenting easier. A popular prompt has parents discussing the practical ways they deceive their children. It all started when a mom asked, “What is the most useful lie you ever told your kids?” TikToker @mombarrassed5 had one of the cleverest answers.

“I told my children that when they lie, a star appears on their forehead that only a grownup can see. So anytime they’re lying to me, they cover their foreheads,” she explained. The hilarious video received 28.1 million views and 5.2 million likes on TikTok.

“I told my son that when the ice cream truck played music, it meant they were out of ice cream,” another wrote. “My mom told me when I lie, my ears turn pink. So I would run around holding my ears,” someone added.

“The park is closed. It’s only open on the weekend,” a TikToker responded, sharing their own parenting fib. “That is so awesome.

I’m going to try that with the grandkids,” a person said. “My mom told me that if I didn’t put my seat belt on, it would automatically alert the police,” a user replied. In The Know is now available on Apple News — follow us here!

If you enjoyed this story, check out this “unforgettable” mother-son dance that’s making TikTokers “ugly” cry. The post Kids immediately reveal they’re lying using mom’s clever fib: ‘That is so awesome’ appeared first on In The Know. More from In The Know:

Mom-to-be is shocked when mother-in-law announces her rainbow baby on Facebook: ‘Am I crazy?’ Complete stranger shames mom in middle of Walmart for shopping for baby formula: ‘You think my child should starve?’ 6 closet essentials under £50 to buy at Nordstrom right now — you’ll wear them over and over, all year long

These are the top 3 swim trends of 2022, according to TRIANGL’s creative director