Motorway closed in both directions following crash between car and HGV 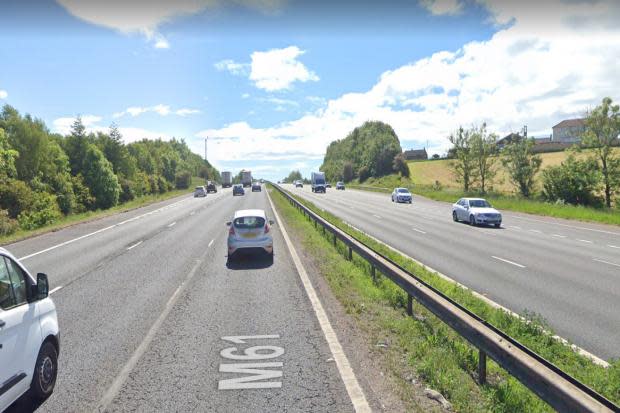 A motorway is closed in both directions following a crash between a car and an HGV. The M61 between junction three and two for Kearsley is closed due to the smash. According to National Highways there are around two and a half miles of congestion on approach causing 20 minutes of delays.

People are advised to allow extra journey time this morning. Initially, a spokesperson for National Highways said: “The M61 is closed southbound between J3 and J2 Kearsley due to a collision between a car and a HGV. “There are 2.5 miles of congestion on approach causing 20 minute delays above normal travel time.

However, less than five minutes later, the North West Motorway Police issued this statement: “Due to the number of emergency vehicles on scene – full closure now being put on prior to j3 M61 southbound.”