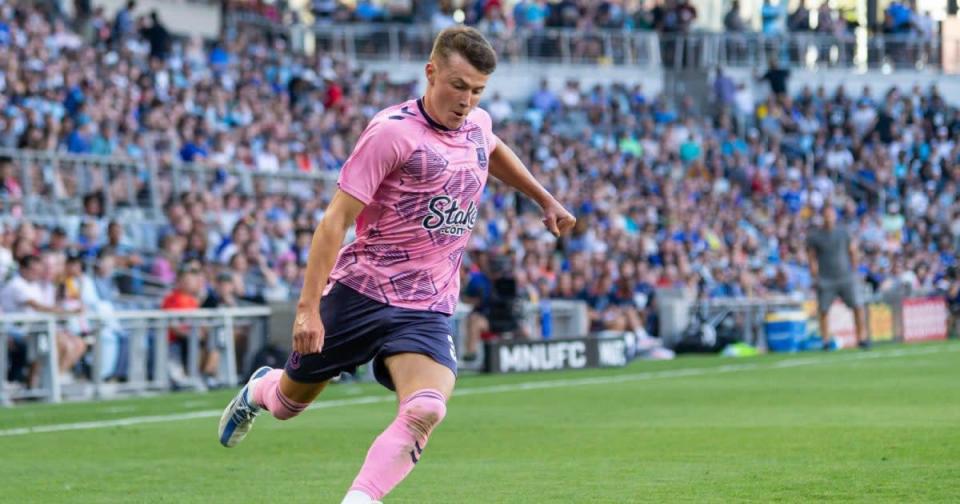 The agent of Everton defender Nathan Patterson has rejected newspaper claims that his up-and-coming client could leave on loan this summer. The Toffees signed the exciting 20-year-old from Rangers in January on a five-and-a-half-year contract. However, he has only made one appearance for the Merseyside club, owing to injury and surgery.

Taking to Twitter, though, Patterson’s agent branded the claims “embarrassing” and set the record straight. “Embarrassing again,” Grant Smith wrote. “Never once has loan been considered.

Why do we constantly try & harm our young players up here?” Lampard insisted recently that he sees a bright future at Goodison Park for Scotland international Patterson. The ex-Chelsea midfielder said he was “just about to give him an opportunity” before injury struck on the eve of a Premier League clash with West Ham.

Patterson then had to go under the knife and had his early progress shunted. Nevertheless, the right-back, who has played all three of Everton’s pre-season games so far, insisted that he is looking forward to the new season.

“It was good to get more minutes under the belt,” the Scot told Everton TV. “It’s good for the legs and good for the start of the season, and I’m looking forward to it. “It’s obviously my aim to try and provide for the team, and obviously get forward for the team.

“I got two ‘assists] today so I am delighted with that. “The fans always come out for the away games and it was a great support once again. No surprise.”

There is no doubt Patterson has a bright future ahead at Everton.

He was unlucky to suffer the ankle injury which ended his first six months at Goodison Park early. Story continues The 10-cap Scotland international can take the positives from three pre-season appearances.

He can now look forward to next Sunday, when Everton play Chelsea in their Premier League opener.

If he can make an impact in that match – be it from the start or the bench – he will feel even better about his return to action.