One of HS2’s 2000-tonne custom-made tunnel boring machines has completed the first tunnel breakthrough along the London to Birmingham section of the line. Each of HS2’s ten tunnel boring machines are named. This one, named Dorothy, made the breakthrough at Long Itchington Wood in Warwickshire late last week after eight months underground. It is the first of 64 miles of tunnels that are part of Europe’s largest infrastructure project.

They mark a tremendous step towards quicker, greener, and more reliable transport. Once complete, HS2 will play a vital role in revolutionising transport and levelling up the North alongside the Government’s record-breaking GBP96bn Integrated Rail Plan. 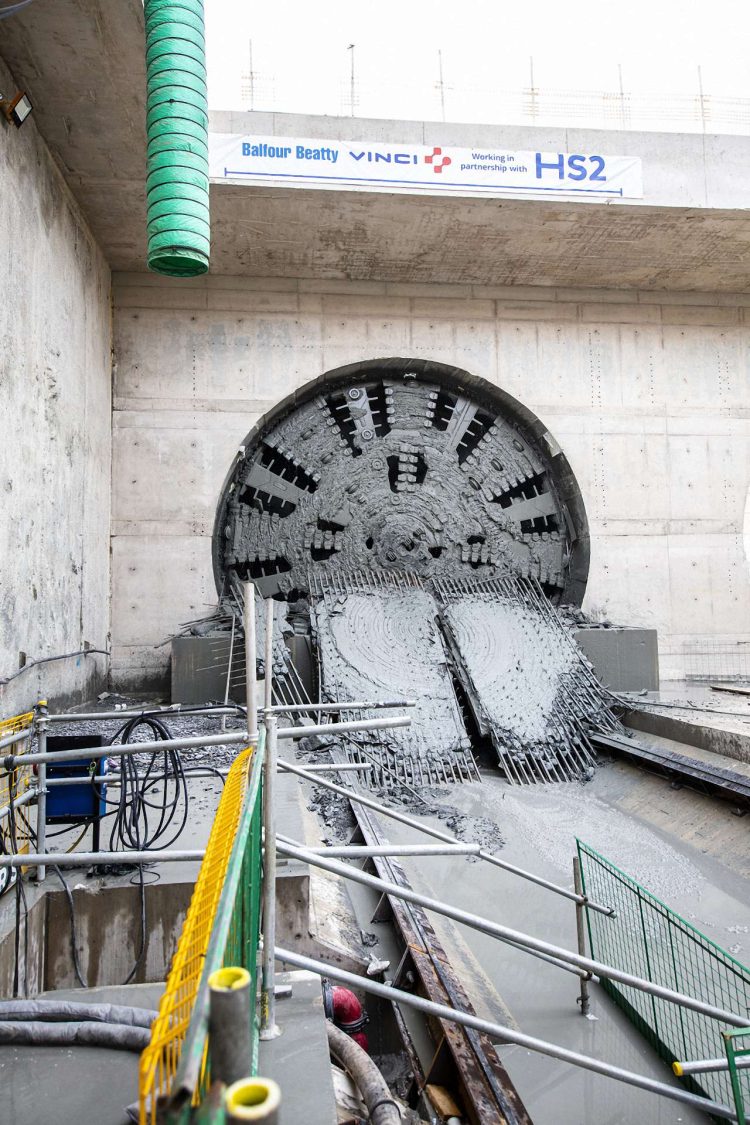 HS2 has specially designed the tunnels to protect the ancient woodland and complex ecosystem above. Reusing material excavated from the tunnel, they will blend in with the natural landscape by building a soil ‘roof’ around the tunnel entrance. A conveyor belt will transport the rest of the excavated material out of the site rather than on lorries and trucks, avoiding the use of around 30,000 HGVs on the local roads.

As well as boosting local economies, the tunnel boring machines are already delivering for communities along the route with Dorothy alone employing 400 workers, adding to the over 25,000 jobs that HS2 has already created. HS2 Minister Trudy Harrison said: “This is, quite literally, a ground-breaking moment – demonstrating that we are getting on with delivering on our promises and progressing our transformative plans to boost transport, bring communities together and level up the North and Midlands. “As Dorothy paves the way for journeys between Birmingham and London, we continue to strive towards a greener, faster and more direct transport network.

And along with our record breaking Integrated Rail Plan, we’re boosting the economy, delivering over 25,000 jobs.”