Mercury Prize 2022: Who is nominated for the prestigious music award?

Here is a rundown of who has made the list:

The former One Direction star has enjoyed a successful solo career after the band announced they would be going on an indefinite hiatus in January 2016, following Zayn Malik’s departure in March 2015.

Styles released his self-titled debut solo album in 2017, followed by Fine Line in 2019 and then Harry’s House in May this year.

The singer, 28, has also forged a blossoming acting career, making his feature film debut in 2017 in Christopher Nolan’s war film Dunkirk. He will star in upcoming psychological thriller Don’t Worry Darling, set for release in September.

He also takes the lead in My Policeman, alongside The Crown actress Emma Corrin, which is to have its world premiere at the Toronto International Film Festival in September.

Styles was due to take his Love On Tour show around the world in 2020 before the pandemic brought the live music industry to a standstill.

The rescheduled tour began in September 2021 in Las Vegas before heading across the US, with the European tour leg kicking off in Glasgow last month. 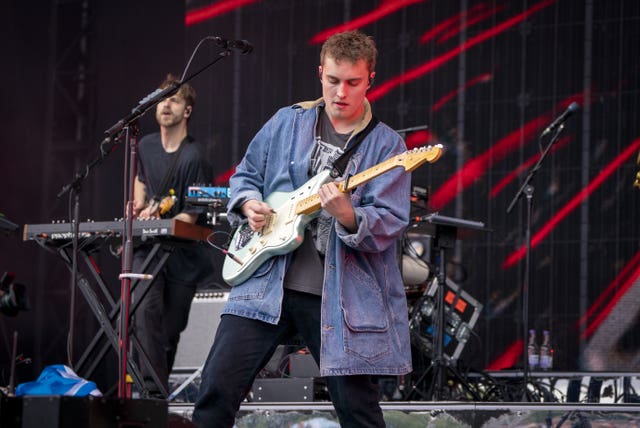 Geordie star Fender, 28, released his debut solo album Hypersonic Missiles in September 2019, following it up with second album Seventeen Going Under in October 2021.

In May Fender claimed the Ivor Novello for best song musically and lyrically for his classic rock-inspired title track Seventeen Going Under, written about his teenage years in his home town in north-east England and the trials he and his family faced.

The Brit Award-winner has been hailed as the second coming of Bruce Springsteen, and his charm has also captured public imagination.

In June this year, Fender made headlines after he was pictured with Johnny Depp at a pub in Newcastle moments after a jury returned a favourable verdict in the Hollywood actor’s multimillion-dollar US lawsuit.

Little Simz: For fourth studio album Sometimes I Might Be Introvert

The British rapper and singer’s second nomination for the Mercury Prize, after her third album, 2019’s Grey Area, was also shortlisted. Last year, Sometimes I Might Be Introvert was named BBC Radio 6 Music’s album of the year.

She made her Glastonbury debut on the West Holts Stage in 2016 and performed again on the same stage this year.

This year she was named Best New Artist at the Brit Awards and performed during the ceremony with actress Emma Corrin making a surprise appearance.

She gave a powerful acceptance speech, telling the audience: “I want to say thank you to everyone who has supported me on this journey so far. My name is Simbiatu Ajikawo.

I am from north London, Islington.

Sometimes I Might Be Introvert has been shortlisted for the @MercuryPrize 22′ ?? so grateful. Love to my brother Inflo for always backing it, and pouring love in abundance into the music. And to YOU, the people.

Thank you for the continued support on this album ? pic.twitter.com/JjTwTvEyN5 — Little Simz (@LittleSimz) July 26, 2022

“I grew up on a council estate. I am an independent artist and to be here tonight receiving this award is such a blessing.

I am so grateful.”

She thanked her team before adding: “Thank you to my family, my brother, my sisters, my nieces, my nephews. I want to say thank you so much to God.

“I want to say to anyone who is watching this at home – I am living proof that if you work hard at something, no matter where you come from, no matter your background, no matter your race, you can do something extraordinary.

“So for all the kids: keep dreaming, keep pushing. I am you.

You are me. Blessings. Thank you so much.” 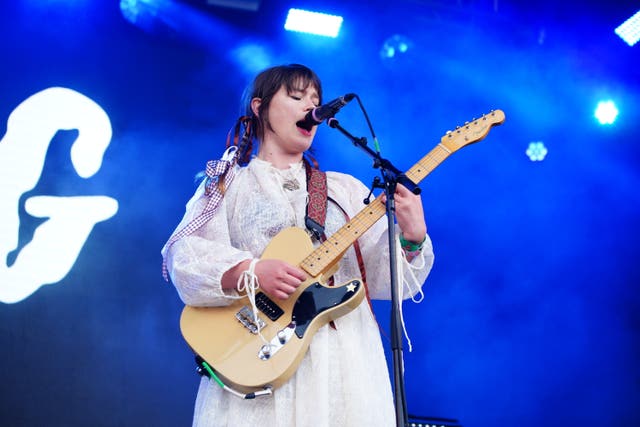 Band members Rhian Teasdale and Hester Chambers said of the accolade: “It’s been just over a year since our first gig and we are all still in shock at where this journey has taken us.

“When we started the band, we never really thought we’d get the opportunity to make any recordings at all, let alone a whole album… and now to have that album nominated for a Mercury has left us absolutely lost for words.

“We feel very lucky that we got to make the album that we made. Thanks to everyone who helped us along the way. Feeling very proud and grateful today.”

We’re so freakin lucky that we got to make the album that we made.

These past couple of years have been full of surprises and unexpected adventures. Here’s perhaps one of our fave surprises so far…Our debut album has been shortlisted for a @MercuryPrize!???????? #mercuryprize pic.twitter.com/3ZIPPS9Gv9 — Wet Leg (@wetlegband) July 26, 2022

The album was released in April and the Belgian duo wowed crowds with a performance on the Park Stage at Glastonbury this year.

The band are also nominated in two categories at the Aim Awards including UK Independent Breakthrough and Best Independent Track for debut single Chaise Longue, which went viral last year. 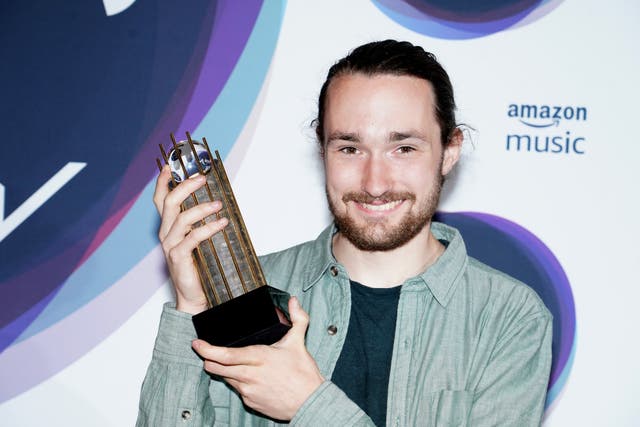 The Scottish pianist gained praise for his self-released debut album Turas in 2018, the same year he was a finalist in the BBC’s Jazz Musician of the Year. He performs with David Bowden and Stephen Henderson, and other albums include 2021’s Cairn, which his official website says was an “album inspired by the tradition and landscape of his native Scotland”.

McCreadie was born in Jamestown, near Strathpeffer, and grew up in Dollar. He graduated from the Royal Conservatoire of Scotland in 2018.

He told 6 Music: “It is a huge honour to join that list of great musicians up for this award.

“It is great to be part of that for Scottish music, to have this recognition hopefully it can embolden musicians in Scotland.

It feels a special thing to do.”

6. Jessie Buckley & Bernard Butler: For All Our Days That Tear the Heart 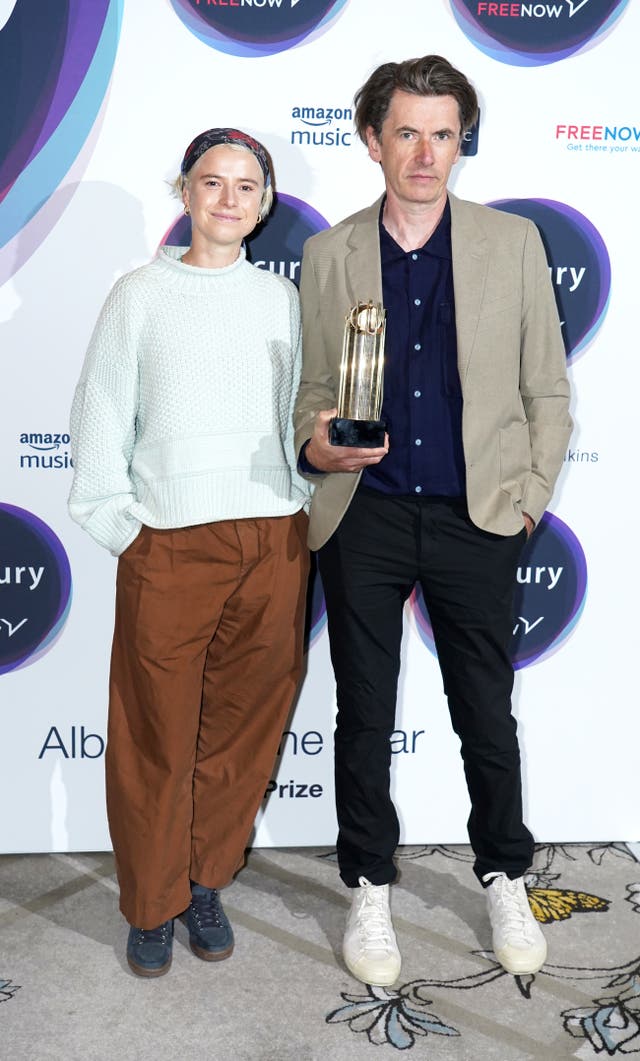 Buckley recently won best actress in a musical at the Olivier awards for her turn as Sally Bowles in Cabaret alongside Eddie Redmayne.

The Chernobyl actress was also nominated for best supporting actress at the Baftas this year for her role in Maggie Gyllenhaal’s directorial debut The Lost Daughter, which also starred Olivia Colman and Dakota Johnson.

She joined forces with Brit Award-winning producer Butler to create an album that grew from a shared love of and ancestral attachment to Ireland.

Butler, formerly of the band Suede, said he was “very grateful and very proud and excited and lucky”.

The Welsh musician garnered praise for her album, which means treasure in Cornish.

The album is sung in Cornish, except for one song which is in Welsh.

The release was written and recorded during the pandemic which the singer said “benefitted” the album.

Daughter of Cornish poet Tim Saunders, Gwenno grew up in Wales speaking Cornish as her first language and her performance on Later With Jools Holland was a success, prompting wider conversations on the Cornish language.

The British singer-songwriter started her musical journey uploading videos on YouTube before gaining more recognition and being nominated for the Brit Rising Star award in 2020.

Crookes, from south London, began writing songs at the age of 12 and this year played festivals including Radio 1’s Big Weekend and Glastonbury.

The jazz artist performed on the Pyramid Stage ahead of Sir Paul McCartney’s headline set. 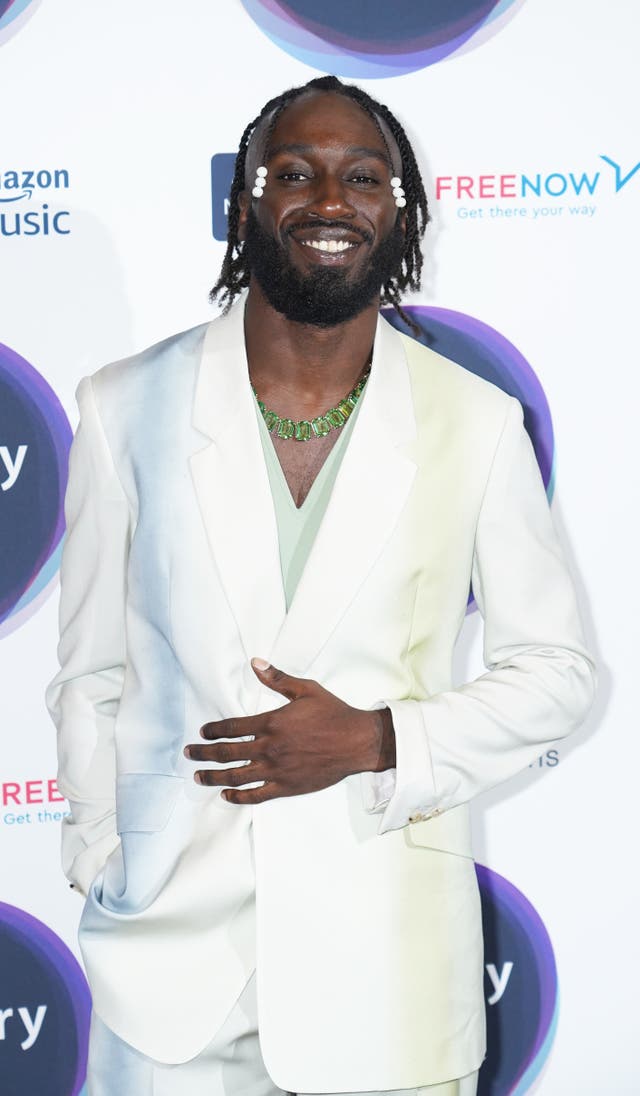 The grime, hip-hop and alternative rap musician recently played at the BBC Proms and will feature in upcoming festivals including Lost Village and Liverpool International Music Festival.

He wrote on Instagram of being nominated for his debut album: “In 2015, Young Fathers took me on my first tour.

They had just won the mercury prize and gave me an opportunity that changed my life.

“In 2016 I was sat at home watching Skepta win the mercury prize and being physically moved with inspiration.

“I always dreamed of being shortlisted. Creating a piece of work that could be considered worthy of recognition while joining my peers in the honour.”

The childhood friends come from musical stock and their debut album Who Are the Girls? – released in 2020 – earnt them critical acclaim.

This year the duo were nominated twice at the NME awards for best UK band and best band in the world.

Self Esteem, aka Rebecca Lucy Taylor, was previously half of Sheffield-based genre-bending duo Slow Club before calling it quits in 2017 to offer her own brand of punchy, pop-tinged alternative music.

The songwriter, singer and multi-instrumentalist released her debut album Compliments Please in 2019, and famously performed at Glastonbury the same year in a minidress made of Boots Advantage Cards.

Explaining her style, Taylor told Wonderland in 2018: “I spent 10 years making music videos with the most horrific burning desire to do choreography and not being allowed to, so here we are, I suppose.” 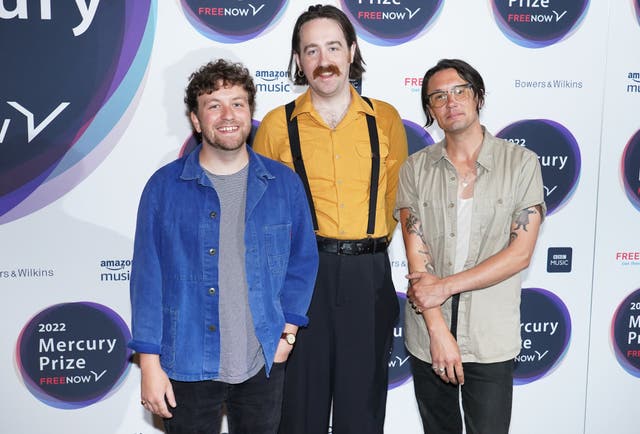 The group released their first single at the start of lockdown and feature in the line-up at festivals including Truck and Tramlines this year.