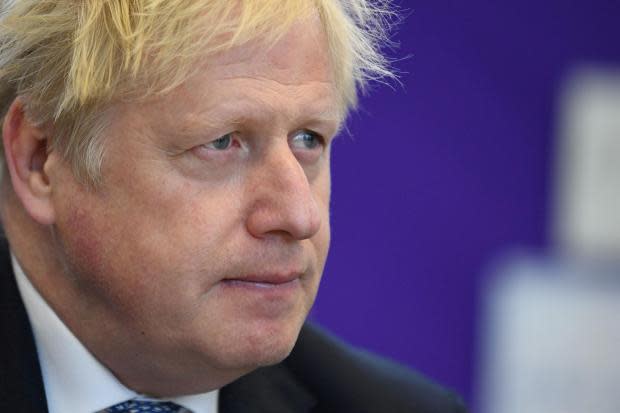 Mr Johnson served for three years as Prime Minister but this morning he was forced to resign by his own colleagues. As the drama unfolded, three of the four Tory MPs who represent the county in the House of Commons built a wall of silence. READ MORE: Boris Johnson's resignation is 'best thing for the country', says Oxfordshire MP

As Heath Secretary Sajid Javid and Chancellor Rishi Sunak were announcing their resignations on Tuesday evening, Witney MP Robert Courts was being ridiculed for tweeting about Maritime Safety Week. Mr Courts said he had met with North Oxfordshire MP Victoria Prentis during the annual awareness week and tweeted: "Good to meet with Victoria Prentis today during Maritime Safety Week to discuss the important issue of safety within the fishing industry - reaffirming our departments' shared commitment to reducing tragic deaths and accidents." Ms Prentis chose not to comment throughout the Government crisis, breaking her silence only after the PM's resignation speech to say he was doing "the right thing."

One of our reporters managed to speak on the phone to Henley MP John Howell after the dual resignation of Mr Javid and Mr Sunak, but he said he "would not give any quotes." READ MORE: Robert Courts breaks silence on PM's resignation: "It is the right decision" At the end of June, MP Chris Pincher resigned as Conservative deputy chief whip amid allegations he assaulted two guests at a private members' club in London, raising questions about whether Mr Johnson knew about the claims when Pincher was given the job.

Even then, all three of them decided not to comment on the allegations and on whether Mr Johnson was still fit to lead the country. David Johnston, who represents Wantage and Didcot in the House of Commons, quit as a ministerial aide in the Department for Education on Wednesday. Story continues

This story was written by Anna Colivicchi, she joined the team this year and covers health stories for the Oxfordshire papers.

Get in touch with her by emailing: [email protected]