People making their way to a cruise terminal

Travellers have said waits at Dover are the worst they have experienced, with one lorry driver waiting more than 15 hours amid problems with border control staffing at the port.

A “critical incident” has been declared by the Kent port, with tourists urged to consider staying away.

Muhammet Turker, a Turkish lorry driver, told the PA news agency he had been queuing in his HGV in Dover since 6pm on Thursday, and was still waiting to cross the Channel after 10am on Friday morning.

“I’ve been in something like this before, but this is the worst,” he said.

He added that this chaos was “worse than P&O,” when workers for the ferry company protested against mass lay-offs earlier this year, causing gridlock in Dover, and that other lorries kept cutting in front of him in the queue. 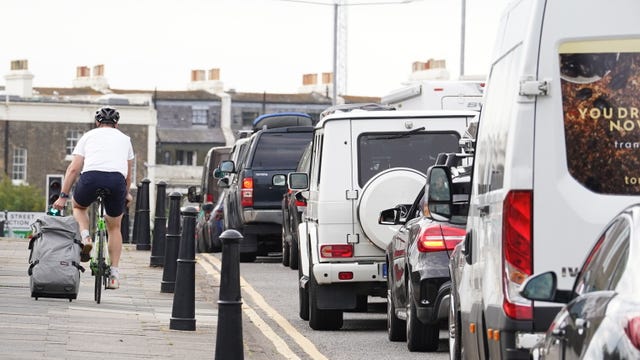 John Till, a railway manager from west Dorset, and his mother, Edna Johnson, 87, were due to travel to the Port of Dover on Friday but reports of the disruption prompted him to spend GBP400 changing his plans.

“I saw that people had already been queuing for four hours,” the 45-year-old told PA.

“I’m taking my elderly mother over to see some friends in (Bavaria in) Germany, so I have a really long drive on the other side when we arrive. 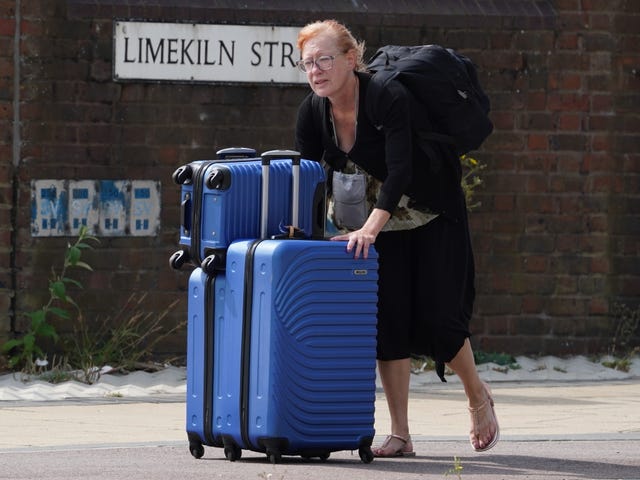 “I couldn’t run the risk of being stuck in a queue for four hours with no toilets and the horrendous drive the other side, so at half four this morning I made the snap decision to rebook travel with Brittany Ferries and travel from the Port of Poole, which is a lot more expensive.”

Mr Till said he had “no other choice” than to make the GBP400 change because the trip had been in the works for a “very long time” and there was “no way I was going to let my mum down”.

Detlef Henke, 50, had been on holiday in the UK with his wife and walked to the ferry terminal at 5am hoping to catch a bus to get them on to a boat departing at 9.50am.

The couple missed their boat and were still waiting for the bus to arrive at 10.45am so were offered complimentary refreshments vouchers by port staff, alongside other stranded passengers.

“The guys told us that we must wait.

They don’t know where the bus is,” he said.

The Port of Dover said in a statement: “On behalf of passengers trying to get on their way for a well-earned summer holiday, HGV drivers performing their critical role of delivering goods, our community who are severely impacted, our ferry operators awaiting their customers, our own port staff who have worked so hard in good faith and all of our Kent and Government partners with whom we have prepared together over several months for the busy summer:

“We are deeply frustrated that the resource at the French border overnight and early this morning has been woefully inadequate to meet our predicted demand and even more deeply regret the consequences that will now be felt by so many.”