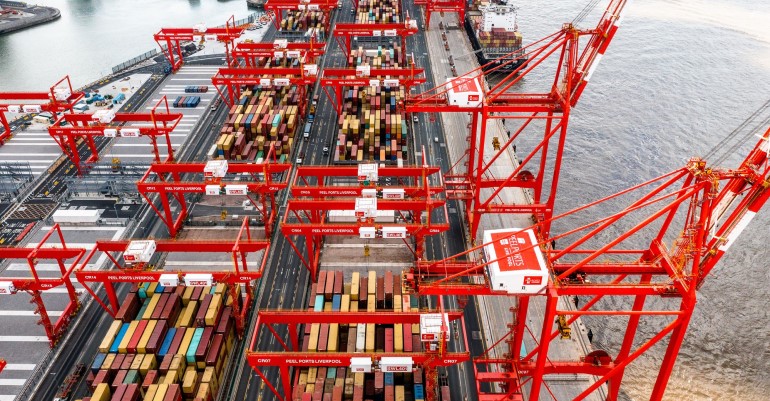 Container operations at the Port of Liverpool will be affected from 19 September to 3 October after workers rejected a pay offer of 8.3% plus a one-off GBP750 payment per container operative. Representing the workers, Unite the union said the offer was a real-terms pay cut in a time of high inflation. Sharon Graham, Unite general secretary said: "Workers across the country are sick to death of being told to take a hit on their wages and living standards while employer after employer is guilty of rampant profiteering."

David Huck, Chief Operating Officer at Peel Ports Group, owner of the port, said: "I am deeply disappointed Unite has rejected our significant pay package after many months of negotiation. This is bad news for our employees, families and other local employers. "We fully recognise our colleagues' concerns on the cost of living crisis, and that's why we have responded with a pay package which represents a 10% average increase in annual pay."

The International Transport Workers' Federation (ITF) and European Transport Workers' Federation (ETF) both said they fully support Unite and other port workers in Liverpool taking industrial action. The disruption at Liverpool is set to be compounded by a planned strike at the UK's main container port Felixstowe from 27 September to 5 October. The strike will be the second such action at Felixstowe this year after an eight-day strike in August.

Container logistics technology platform Container xChange called the strikes a "double whammy" for stretched supply chains, as the strikes lead into China's Golden week. "These disruptions will delay the peak season cargo coming from China to Europe. The cargo ships will be diverted to other ports in Europe and the UK, adding pressure to the congestion in the port of Bremerhaven, Hamburg, Rotterdam, and major port hubs," said Christian Roeloffs, CEO, Container xChange.

Maersk has already announced changes to its schedules to account for the Felixstowe strikes, adjust arrival and departure times and omitting Felixstowe calls for two vessels. Vilnia Maersk will unload its cargo at DP World's London Gateway, said Maersk, while plans for Cosco Vietnam are to be announced. Further adding to potential disruption, Maersk said it expects demand for UK road haulage to be very high after the strike and advised early booking of carrier haulage.