A “dangerous” thief who tried to steal a cash machine using a stolen digger before ramming police cars as he fled has been jailed. James Collins, 30, was among a gang who targeted the ATM at a convenience store in St Martin’s Hill, Canterbury. 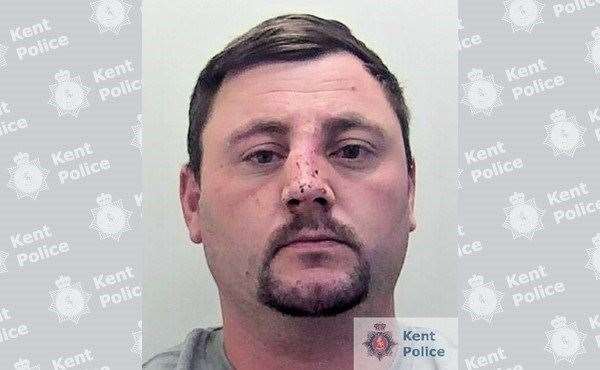 Collins had taken the digger from the nearby Taylor Wimpey construction site in the early hours. When police arrived on the scene, Collins who was wearing a balaclava and at the wheel of a Isuzu Trooper, drove into the patrol car as it approached.

A second police vehicle then made ‘tactical contact’ with the Isuzu and Collins tried to flee on foot before being tasered by officers and arrested.

Two other vehicles which were involved, a Range Rover and tipper truck, left the scene in the direction of Littlebourne. They were pursued into a country lane, where the tipper truck repeatedly drove into a police car and blocked the road, before the remaining offenders made off in the Range Rover and have yet to be caught. 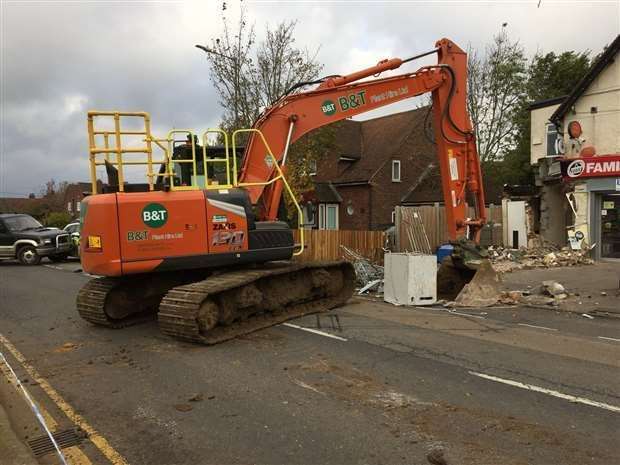 The digger ploughed into the front of the shop 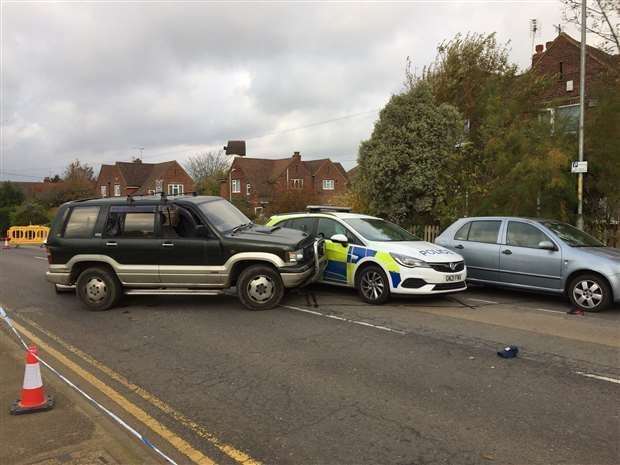 Police cars were damaged by the ram-raiders

The cash in the ATM was recovered by police, but extensive damage was done to the building. Speaking to KentOnline at the time, the store owner Ashish Patel, 40, said the tenants who live above the shop alerted him at about 2.30am and he was “completely shocked” by the incident.

He praised members of the public who were quick to report the incident to police but said the damage would cost GBP50,000 to repair.

An eyewitness to the incident told KentOnline they had been woken by a rumbling sound. “We came outside, went to the corner of the road, and noticed there was a big digger tracking down the road,” he said. “Then we went back in, laid back down – then we just heard the bang. 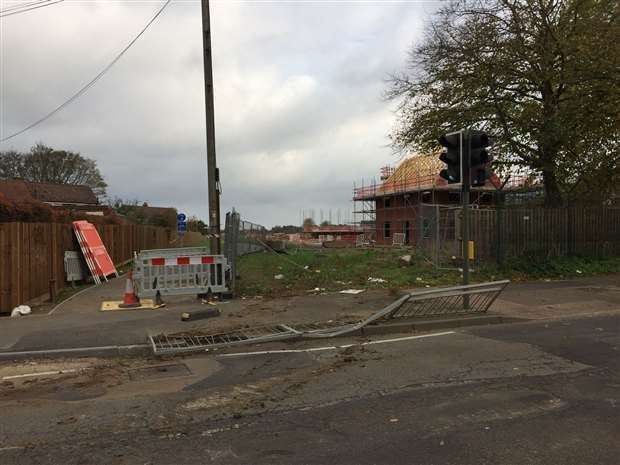 The digger was stolen from Taylor-Wimpey’s construction site

“We came back out and the digger was there taking it to work at the cash point. “There were a couple of geezers wearing balaclavas and then they just skirted off.”

The drama continued when the police arrived, according to the eyewitness. “The people doing the robbery had a Range Rover at the top of the hill and they were just ramming police cars as they came up to block them off – it was mental,” he said. It happened in November last year and Collins, of Lenham Heath, Maidstone, was charged the following day by officers from the Kent and Essex Serious Crime Directorate.

“The case shows the bravery of response officers in being the first at the scene of challenging and unpredictable situations….”

He was jailed for five years and five months at Canterbury Crown Court on Wednesday, September 7, after admitting burglary at a previous hearing.

After the sentencing, senior investigating officer Det Chief Insp Chris Greenstreet said the group did not care what harm came to members of the public or the brave police officers who tried to stop them escaping. “The group repeatedly rammed police cars responding to the incident and the case shows the bravery of response officers in being the first at the scene of challenging and unpredictable situations,” he said. “I am pleased that the quick response of officers on the night led to this dangerous man being arrested and now jailed.

My team will continue to work on tracking down the others involved.”