A dog who was thrown from a speeding truck has been given a happy ending after finding a new home. Freya, a terrier, was chucked from the vehicle travelling 50mph along Benover Road in Yalding in January. 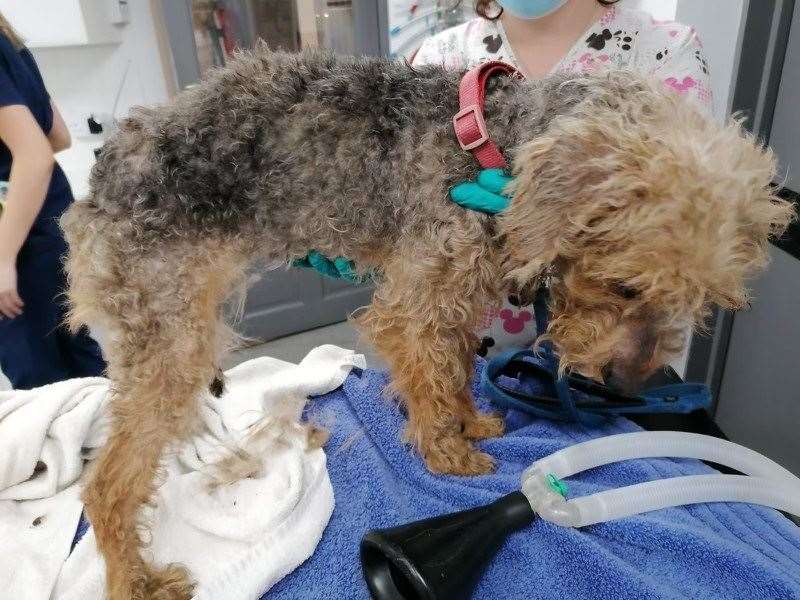 Freya, now known as Bella, was chucked from a truck in Yalding

Witnesses quickly rushed to the aid of the injured dog and took her to a nearby vets who explained she was severely injured. Now, Freya has a new change of scenery and a new name after being adopted by Gill and Ray from Maidstone.

Gill was heartbroken to hear about Freya's injuries and chose to take her in after seeing her on the RSPCA website.

She said: "I lost my Jack Russell terrier in April and we'd been thinking about getting another dog. I was so sad to hear about what had happened to Freya and thought we could give her a wonderful home but assumed she'd be snapped up. "When my daughter sent me her profile on the RSPCA website I fell in love with her straight away - but I didn't realise that she was the same dog until I read her story in the paper and recognised her." She added: "As soon as I met her I could see she was lively but I wanted to give her a chance." Inspector Kirsten Ormerod, who launched an investigation into the incident, said: "Freya was incredibly lucky to survive after being hurled from the moving vehicle at such a high speed and vets were incredibly concerned that she may have suffered internal bleeding so performed surgery immediately. "Witnesses described her being thrown with such force that she landed on the opposite side of the road, and the vehicle didn't stop or even slow down."

Now, Freya - who found being in kennels really difficult - has settled in well at her new home; and has even started to wag her tail. Now the pooch has a new home in Maidstone

"Freya is really happy here and is always wagging her tail," Gill added.

"She can be a bit naughty and play bites a lot but we love her just the way she is.

"We have a trainer coming to help us as she is very scared around men and finds it difficult meeting other dogs.

But she's been through so much that we know it'll take her some time to understand that she's safe now."