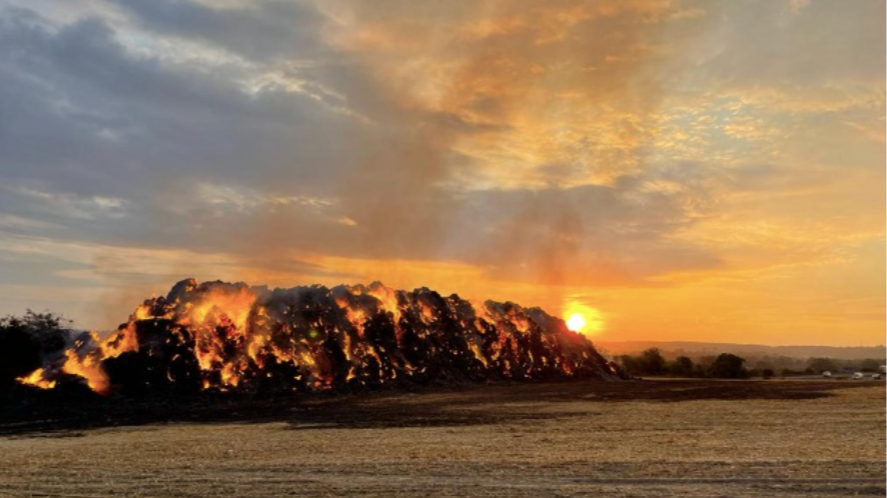 A large haystack which caught fire in the early hours of the morning led to a blaze that could be seen from the M11 motorway.

Around 30 firefighters from two counties were called out to Coploe Road in Ickleton in Cambridgeshire at 12.15am.

Smoke and flames could be seen from the Stump Cross interchange at junction nine of the motorway, just south of Cambridge.

Firefighters will be at the scene for most of the day Credit: Cambridgeshire Fire and Rescue Service

It comes after the London-bound side of the M11 was closed on Thursday after an accident involving a lorry and a car transporter.

An official from Cambridgeshire Fire and Rescue Service said it would be monitoring the site "for some time" and asked people in the area who could smell smoke to keep windows and doors closed.

The fire could be seen from the M11 Credit: Cambridgeshire Fire and Rescue Service

Want a quick and expert briefing on the biggest news stories?