Hauliers set to be hardest hit by UK docker strikes 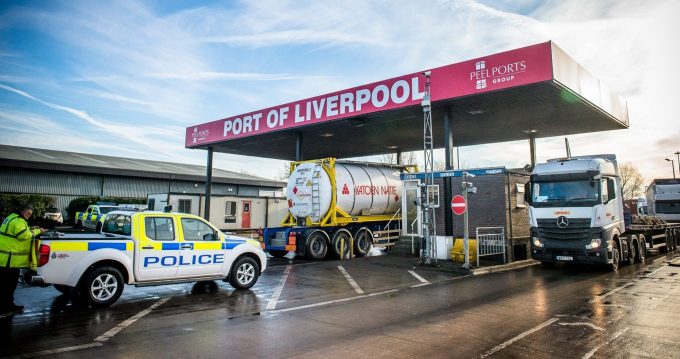 Strikes at Felixstowe and Liverpool could be set to cause chaos in the UK's haulage sector as thousands of drivers find themselves in need of work. Unite confirmed a second wave of strikes at Felixstowe after owner/operator Hutchison "unilaterally" ended contract talks, with eight days of action running 27 September to 5 October overlapping strikes at the Port of Liverpool from 19 September to 3 October. One forwarder told The Loadstar: "This wave of strikes won't hit us in the short-term, the damage for us is how it affects UK PLC in the longer term.

"It is no coincidence that the strikes at these two ports have been timed to overlap as it will have an affect not only on the ports but on the wider UK supply chains, with haulage likely to take a notable hit." Expectations are that drivers who typically service the two ports affected by industrial action will seek work at the UK's open gateways. With as many as 3,000 deliveries a day to Felixstowe and upwards of 1,000 to Liverpool, questions are being asked over what the roughly 2,000 vehicles are set to do to offset the lost earnings over the strike period.

"With the ports closed, the view is hauliers will migrate to open ports, and we'd expect this influx of haulage capacity to suppress the market and drive rates down," said the forwarder. Longer term, the inability to source work - particularly given the present cost-of-living crisis - could result in "haulage firms toppling over" resulting in a reduction of capacity that drives rates up, with many asking why the port operators' have not resolved the dispute. One union representative noted that had an agreement been reached when the contract renewal first came up for discussion, the rate of inflation was less than double digits.

The representative told The Loadstar: "By delaying, these port operators are only leading themselves towards a higher price as with the rate of inflation climbing, our expectations will climb too as we will need more to ensure we can feed ourselves." A haulage operator concurred with the forwarder that there will be a pronounced impact on the haulage sector from this second wave of strikes. Noting the number of trucks that call at both Felixstowe and Liverpool on a daily basis, the haulier said that those drivers and firms will be looking to source work elsewhere and there will likely be issues of cost as trucks will be running empty to reach the alternate gateways.

"There isn't sufficient work in Southampton and London Gateway to accommodate the thousands of trucks from Felixstowe," the haulier told The Loadstar. "Bearing in mind the trucks will have to run empty to port at the haulier's cost, this will be a big issue for firms. Apparently, there are ship(s) gong to Teesport rather than Liverpool but again the trucks have to run there empty.

"Haulage is the tip of the iceberg, all the ancillary industries attached to the importation of containers will suffer greatly and poor old Tesco will have a downturn in takings too." It is not just the strikes hitting hauliers. The port of Felixstowe will close between 7am and 7pm on Monday 19 September, while London Gateway will close between 10am and 1pm, for the funeral of Queen Elizabeth II.

Maersk told customers it will not accept any new UK haulage bookings on that day or Tuesday 20 September.