Letters: Remaining in the UK is guaranteed to make us poorer 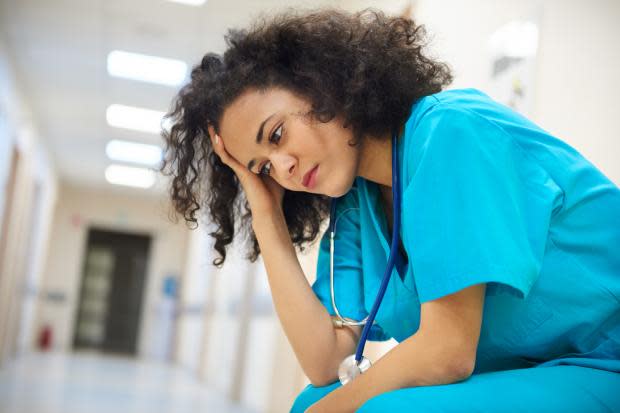 mWould staying in the Union lead to declining standards in our health service?

DOUGLAS Cowe (Letters, September 2) complains that the SNP "provides absolutely no evidence that independence will work" apart from the empirical evidence gathered from around the world from small independent countries without Scotland's fabulous resources of mineral wealth, adjacent seas, climatic advantages such as wind, rain and yes, increasingly, sun without scorching heat. He quotes Professor Jim Mitchell as saying "if we become independent we would do so with a dysfunctional model". I presume he means the model (the De Hondt system) imposed on Scotland with the expressed purpose of making sure that no single party, especially the SNP, would be able to form a majority government.

Mr Cowe quotes Andrew Wilson stating that independence will be hard, and Nicola Sturgeon that "there is no guarantee of success". Let me put these two statements in another light. Remaining within the United Kingdom will be very hard indeed, and remaining within the United Kingdom pretty well guarantees declining prosperity, standards of health care, political and social freedom, and just about anything else that makes small countries like Norway, Denmark, Sweden, Finland, Iceland, Ireland, and almost any small independent country you care to mention better places to live than the UK, or Scotland in its present state of remote manipulation by Westminster.

John Jamieson, Ayr. A WINNING RECORD DOUGLAS Cowe asks what on earth have Nicola Sturgeon and her party being doing for 15 years?

Well, they've been winning elections, including this year's council elections, and taking the majority of Scottish seats at the last three Westminster General Elections, while last year they won a fourth consecutive term at the Scottish Parliament elections, all of which suggests that the electorate appreciates their policies, such as the Scottish Child Payment (the first of its kind in the UK), free university tuition, free eye tests, 1,000 schools built or upgraded, thousands of new council homes built, bridge tolls scrapped, baby boxes to give all children the best start in life (an initiative other countries are now copying) and of course, scrapping prescription charges. Story continues What the SNP hasn't been doing, and never will, is to insult and demean Scotland by claiming that, unlike most other normal countries around the world, Scotland is too small, too poor and too stupid to be an independent nation.

Ruth Marr, Stirling. GRANDSTANDING OF NICOLA STURGEON SO Nicola Sturgeon delivers good news having found additional resources to resolve industrial action in a dispute that could have been avoided if the Government had been open from the outset about the resources available.

The public, visitors to Scotland and trade union members have all been disadvantaged and inconvenienced whilst she had her rubbish at Bute House picked up by a private company. It is noticeable that she only wants to be seen in a good light, leaving it up to ministers and others to deliver bad news, the strike and GERS figures being notable recent examples. If she can be at the Edinburgh Festival on five occasions and in Denmark, for yet more selfies, then she could have intervened weeks ago to sort this dispute.

She is happy to criticise Boris Johnson for grandstanding but her behaviour is no different. Bill Eadie, Giffnock. ENOUGH OF THE SCAPEGOATING

POLITICIANS and pundits at the "pearl-clutching" end of the spectrum are raging at the SNP because the trams inquiry has already cost GBP13 million ("Tram inquiry to cost same as Iraq probe", The Herald, August 31). Of course it is a statutory inquiry, and independent of government, but that is irrelevant to the grievance mongers. It is also worth noting that the UK Covid inquiry, a year before it even starts, has already cost the UK Government (and therefore us) GBP85.3 million.

The "Festival of Brexit" has cost GBP120 million and has only attracted a tiny fraction of its proposed audience (238,000 people instead of 66 million). For every Scottish failure (and there are many) there are lots of examples of vastly more expensive failures in procurement and execution at a UK level. It would be nice if context and proportionality were a feature of modern journalism and politics, but that seems a forlorn hope.

Finger-pointing and scapegoatery are not the way to a consensual society at peace with itself, no matter your political views. GR Weir, Ochiltree. WHY WE NEED WINDFALL TAXES

CHANCELLOR Nadeem Zahawi recently told us our rising energy bills are all down to the Ukraine war, so supposedly the Government can't do much. Not one penny paid to energy companies will go to Ukrainians. A fair amount will go on large bonuses for energy and oil and gas company executives, and share dividends, with most of the shares held by the wealthy, usually including executives of said companies.

Liz Truss seems unlikely to do much more than Boris Johnson has. We need windfall taxes on the oil and gas companies' profits used to reduce bills for people on low to middle incomes. But also windfall taxes on any bonuses to executives or share dividend pay-outs paid by any oil or gas extraction company, or energy supplier.

Plus, when they post quarterly profits, windfall-tax those too unless they are very modest. When EU officials merely said they were "looking at intervening" in the energy market recently, EU gas prices fell 20 per cent in one day. So action can also reduce energy prices by worrying speculators.

Retrospective windfall taxes on companies that made huge profits due to Covid (Amazon, Netflix and the like) could help too. And money is also needed to avoid small and medium business going under due to the energy bill rises which have no cap at all, in some cases having increased tenfold. Tax cuts are useless to people working on incomes too low to pay income tax; or too disabled, ill, or mentally ill to work; nor are they of use to unpaid carers.

Increased benefit payments to those in need - insultingly labelled "hand-outs" by Ms Truss (though her party isn't slow to hand out public money in contracts to donors and cronies), are needed. Plus an end to arbitrary benefit sanctions issued through cruel tricks like giving a carer two times and dates for the same DWP appointment. When she phoned and asked which was the correct one, was told, and went to it, being told the other was "a mistake", she had her benefits sanctioned for not attending the other.

This was detailed in evidence submitted to the House of Commons Work and Pensions Select Committee inquiry into benefit sanctions by the Trussell Trust. Duncan McFarlane, Carluke. FLAWED TREATISE ON SCHOOL HISTORY

IT is disappointing to see you publish an Opinion piece like Friday's effort by Neil McLennan ("Nationalism has no place in schools", The Herald, September 2). Though he describes himself as an "educator" and, through his one-year presidency of SATH, the Scottish Association of Teachers of History, a historian, he displays few of the hallmarks of either. Most historians will back up their conclusions with evidence; those worth their salt will also cite the sources whence their evidence came.

Mr McLennan did neither. Indeed, had that been a piece submitted for assessment by SQA, these omissions would have resulted in a fail at almost any level. Checking on, for example, the SQA National 5 syllabus for the first time, I could not find any evidence whatsoever to back up his assertion that "British history is reduced to boring and heinous acts, meanwhile Scottish history topics present pro-Scottish nationalist triumphs".

While it is difficult to give many examples of something that is not there, the Scottish section, in the topic of the Acts of Union, clearly mentions the Darien Scheme, hardly a Scottish triumph; likewise the Highland Clearances are cited as one of several factors causing emigration from Scotland but nowhere is this connected to English influence. In the British section, the political and religious conflicts that embroiled Scotland and Ireland as well as England is properly called "the War of the Three Kingdoms" where south of the Border it remains the English Civil War, ignoring the interactions between the three countries that resulted in conflict. Likewise, on the Atlantic slave trade, the syllabus states "The organisation and nature of the slave trade: its effects on British ports, e.g.

Liverpool, Bristol" - remembering that this is in the British section, and that further exemplification is possible, to include London, Glasgow and even Whitehaven. It is hard to fathom why Mr McLennan has taken this tack. Such pieces, for reasons cited in the first paragraph, in my opinion do not enhance his standing.