Manchester United vs Leeds and Chelsea vs Liverpool are POSTPONED

The Premier League WILL resume this weekend... but Sunday's marquee matches at Man United and Chelsea are postponed due to insufficient police presences ahead of the Queen's funeral

By Nathan Salt For Mailonline

The Premier League have confirmed action will return this weekend - but two more matches have been postponed due to insufficient policing during the 10 days of mourning for Queen Elizabeth.

League chiefs held a meeting on Monday afternoon to discuss their next steps over scheduling games after all of last weekend's fixtures were postponed.

It was determined that Chelsea versus Liverpool and Manchester United versus Leeds United had to be postponed due to a strain on policing, but seven matches could go ahead.

With the funeral of the Queen to be hold on Monday - and a number of lead-up events at the weekend as part of the 10 days of mourning - it has been determined that police cannot provide enough cover to allow the high-profile to go ahead.

Brighton against Crystal Palace had already been postponed due to rail strikes - which are now not going ahead - but there has been no reneging on the decision to push that match back.

On the postponement of Manchester United's match at Old Trafford against bitter rivals Leeds United, the last time they played there was 900 police on duty and Greater Manchester Police has already seen many of their members temporarily redeployed to Scotland or London following the death of the Queen.

Tottenham's Saturday evening game against Leicester City and Brentford's London derby with Arsenal on Sunday are among the seven games given the green light.

Nottingham Forest against Fulham on Friday night is also among the games going ahead. 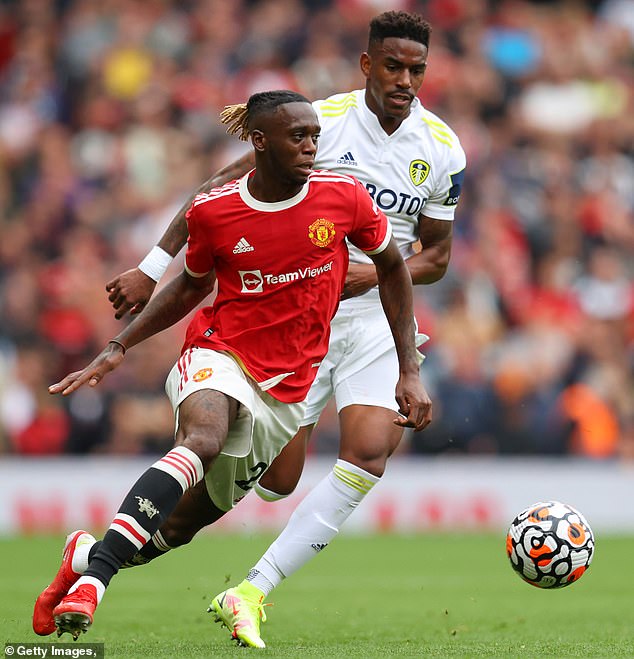 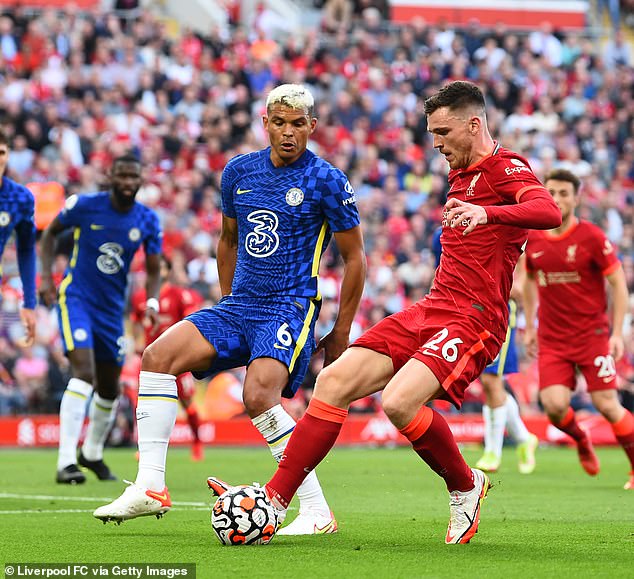 Forest are due to face Fulham on Friday at the City Ground with an 8pm kick off and police have not raised any objections to the game going ahead while stewards have also cleared the way.

In a statement, the Premier League said: 'Following extensive consultation with clubs, police, local Safety Advisory Groups and other relevant authorities, there was no other option but to postpone the three fixtures.

'The Premier League would like to thank the UK Football Policing Unit and other police forces across the country, as well as our broadcast partners, for their support during this process, and will continue to liaise with them ahead of the weekend.

'For the matches being played during the period of National Mourning, tributes will be paid to The Queen at Premier League stadiums.

'New dates for the postponed matches will be announced in due course.'

Police officers from forces across the country will be drafted in to support the Metropolitan Police with hundreds of thousands of people set to descend on London for the historic events.

'We have plans in place to ensure we can provide this support whilst effectively serving our own communities.

'We are also working with partner agencies to consider the viability of un-related but exceptionally large events in Greater Manchester. This includes the Manchester United vs. Leeds fixture, which has been postponed with the support of the Safety Advisory Group and the club.'

All football matches in the United Kingdom were postponed over the weekend just passed as a mark of respect following the 96-year-old monarch's passing on Thursday.

But the EFL announced its full programme of games set for Tuesday and Wednesday this week will go ahead as planned.

Postponing matches is a cause for concern for managers and players as when they will be able to fulfil them remains unclear.

The calendar had been packed in order to play as many games as possible prior to November's World Cup in Qatar.

All six group matches in the three European competitions are being squeezed into two months ahead of the start of the tournament.

There are no free midweek or weekend slots to rearrange the games already postponed for the rest of the year .

Sportsmail revealed on Monday that another complicating factor is a lack of TV broadcast trucks at the disposal of Sky Sports because of the blanket coverage of the Queen's death on Sky News.

Scottish leagues, however, will resume.

The Scottish FA said: 'Fixtures will go ahead, subject to Police Scotland resourcing, with the caveat that any fixtures under the professional banner be rescheduled if they fall on Monday September 19, the day of Her Majesty's funeral.'

In the EFL, a minute's silence will be held before matches, with black armbands to be worn, flags flown at half-mast and the national anthem to be played in stadiums.

WHICH FOOTBALL FIXTURES COULD BE AFFECTED THIS WEEK?

Football on a wide scale is set to recommence on Tuesday following the postponement of last weekend's fixtures, but policing concerns mean games will be assessed on a match-by-match basis.

The strain on police resources is the biggest obstacle to Premier League games taking place as planned next weekend, as up to 10,000 police officers will be deployed in London to manage what has been described as an unprecedented security operation in the capital ahead of the Queen's funeral.

Here is how things stand at the moment and which fixtures are most likely to be affected:

Liverpool are due to host Ajax in the Champions League.

As it stands, this game is still on.

In the same group, Rangers' tie with Napoli has been put back a day to Wednesday. This was due to 'severe limitations on police resources and organisational issues'. Away fans have also been banned.

Chelsea's clash with Red Bull Salzburg is to go ahead as planned.

Manchester City are also in Champions League action - against Borussia Dortmund at the Etihad.

Celtic are playing Shakhtar Donetsk, but this game is away from home so is unlikely to be affected.

Arsenal's Europa League clash with PSV Eindhoven has been postponed.

Manchester United have confirmed on their official website that their trip to FC Sheriff will go ahead as planned.

West Ham are due to play Swedish side Silkeborg away, Hearts will travel to RFS and Shamrock Rovers go to Gent in the Europa Conference League.

There appears to be no reason why these games won't go ahead.

The Premier League is due to resume on Friday night, when Aston Villa host Southampton and Fulham travel to Nottingham Forest.

Villa vs Southampton is due to be broadcast on Sky Sports but, as Sportsmail reported on Monday morning, the broadcaster is running out of the outside broadcast trucks required to deliver live coverage as many are being used by their sister channel, Sky News.

In London, Tottenham will take on Leicester on Saturday evening, it has been confirmed.

Wolves are due to host Manchester City at 12:30pm and Newcastle welcome Bournemouth in the only 3pm game.

Brighton vs Crystal Palace was already postponed because of the scheduled train strike, which has now been cancelled.

However there is no indication that the match will take place.

Scottish football leagues will also resume with the caveat that any fixtures under the professional banner be rescheduled if they fall on Monday September 19, the day of the Queen's funeral.

Brentford play Arsenal but Chelsea's home match against Liverpool on Sunday has been postponed.

With both matches in London, policing levels in the capital just a day before the Queen's funeral meant both going ahead was not feasible.

Everton are scheduled to host West Ham at Goodison Park and seven of the slated Premier League games are going ahead.

Scottish football leagues will also resume with the caveat that any fixtures under the professional banner be rescheduled if they fall on Monday September 19, the day of the Queen's funeral.