MCR Student Social is back for one day only on Thursday 29 September.

Manchester‘s popular student shopping event is back and “bigger than ever” next week, and there’s dozens of discounts up for grabs. With a new academic year, comes the return of MCR Student Social.

For just one day only next week, both new and returning students can make the most of a whole host of unmissable offers – with over 120 stores inside Manchester Arndale and across the city centre dishing out discounts. There’ll also be live entertainment, competitions and games to get involved in, and so much more.

Students who make their way into the heart of the city centre between 12pm – 7pm next Thursday 219 September can get their hands on up to 30% off in over 120 stores – including Levi’s, Selfridges, Harvey Nichols, River Island, Monki, Pretty Green, Mango, Superdry, Kick Game, Jack & Jones, Office and Schuh.

Not only that, but if all the shopping has got you working up an appetite, then there’s also up to 50% off on food and drink at places like Doner Shack, Archie’s, Pizza Hut, Pan-n-Ice, Wolf Italian Street Food, and Slim Chickens. The Cube, and Putters at Urban Playground are also offering up to 50% off too.

And on top of all those incredible deals, there’ll be plenty of free entertainment to enjoy throughout the Arndale and city centre. Here’s everything you can expect.

As the main hub of the MCR Student Social 2022, head inside Manchester Arndale to spin the wheel at the ‘Student Digs’ for a chance to win some prizes, both big and small, that are perfect for your new home – with everything from toilet roll, to gift cards up for grabs.

You can also challenge your mates to a nerves-of steel ‘Giant Human Buzzer’ game, where the loser has to put the bins out for a month

Make sure to keep an eye out for the ‘Roaming Roulette’ team too, where you’ll need to stick your hand in the roulette box and guess what the weird and wonderful textures are for a chance to take home some more prizes. 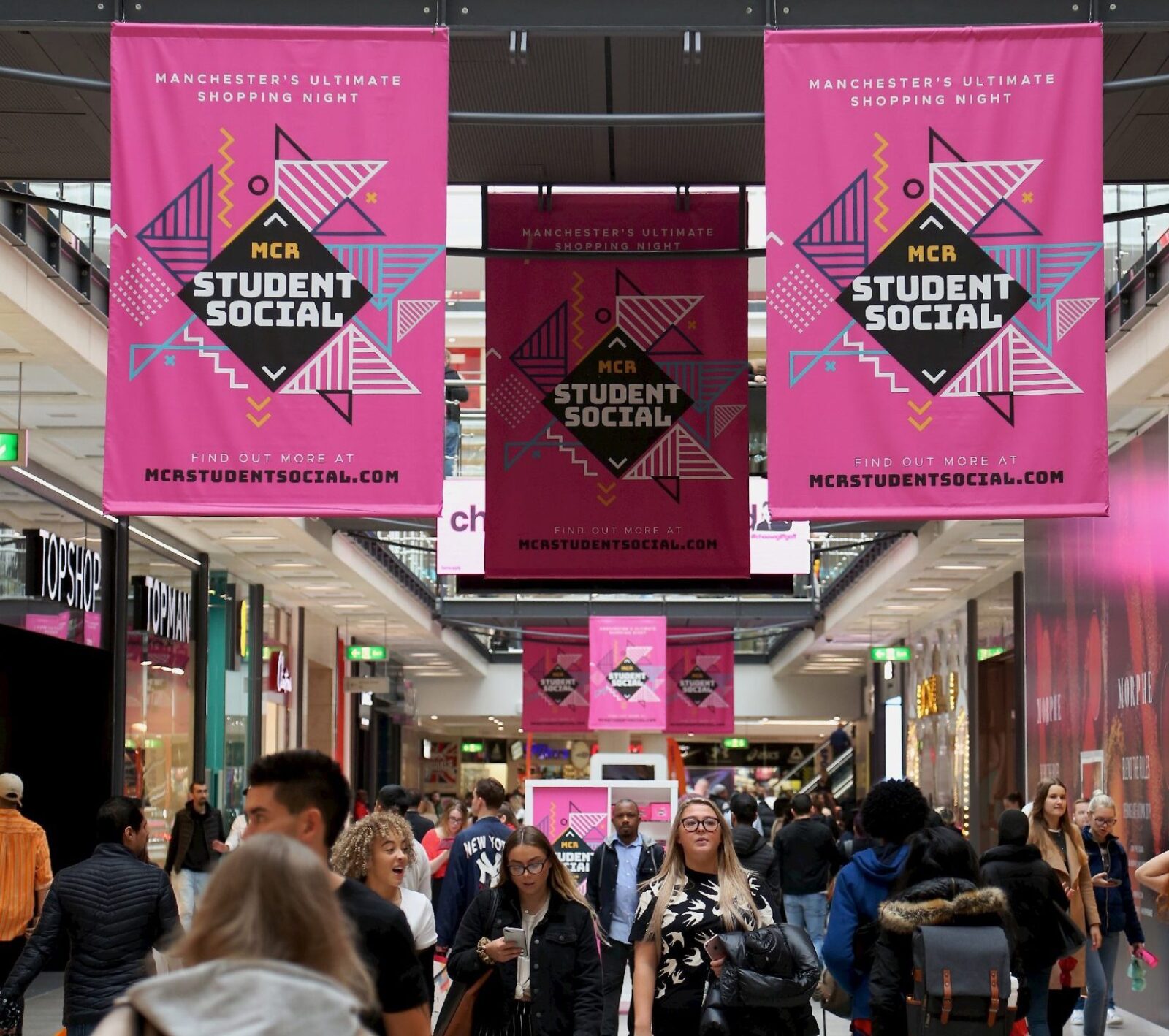 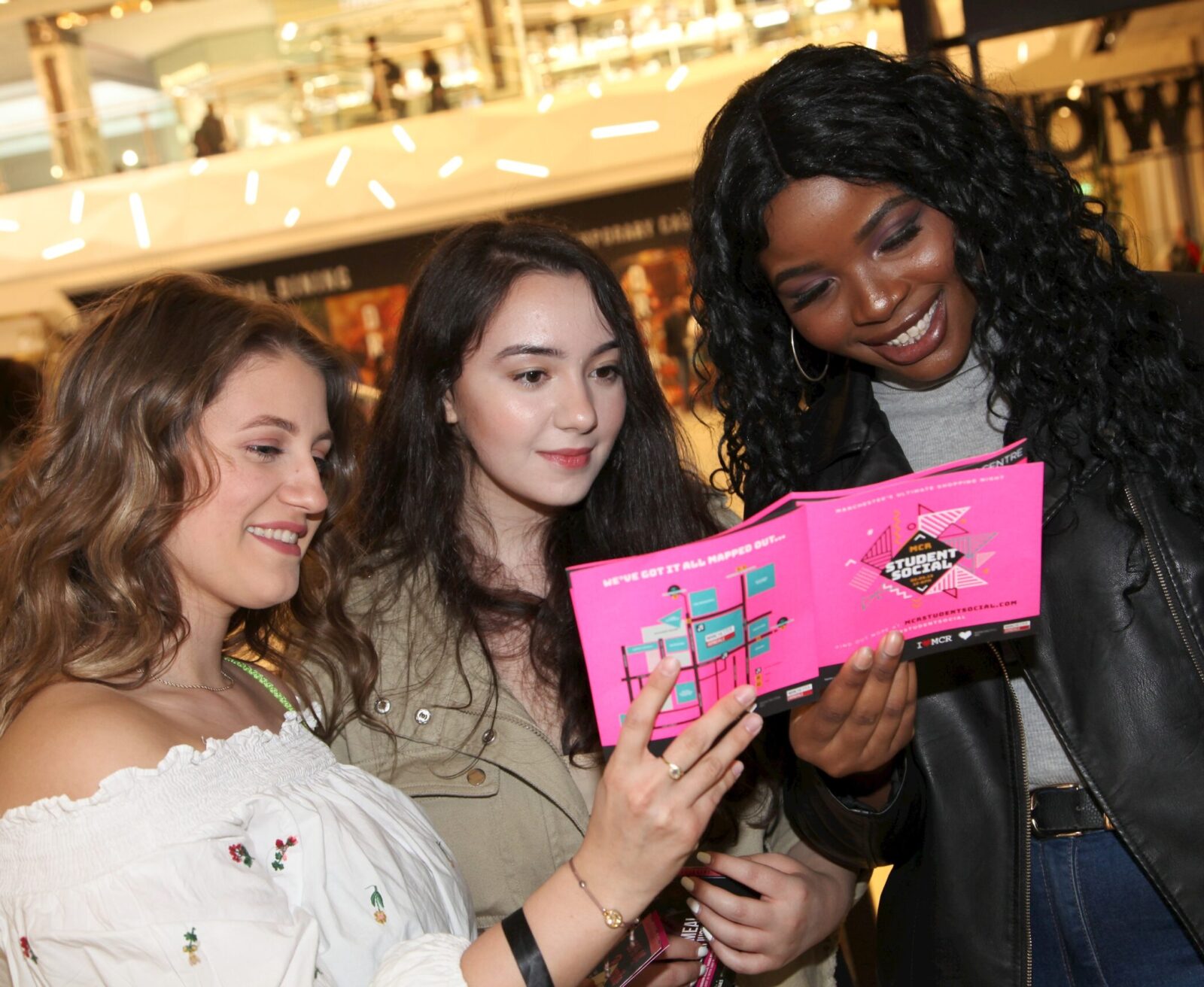 Manchester’s student shopping event is back and “bigger than ever” next week / Credit: Jason Lock Photography (via MCR Student Social)

Exchange Square If you make your way over to Exchange Square, then you’ll be able to try your hand at Foam Axe Throwing, Pong, Crazy Golf and Virtual Bowling with Printworks. Plus there’ll also be a table football tournament, giant games, and more from Manchester BID.

New and returning students can make the most of unmissable offers / Credit: Jason Lock Photography (via MCR Student Social) 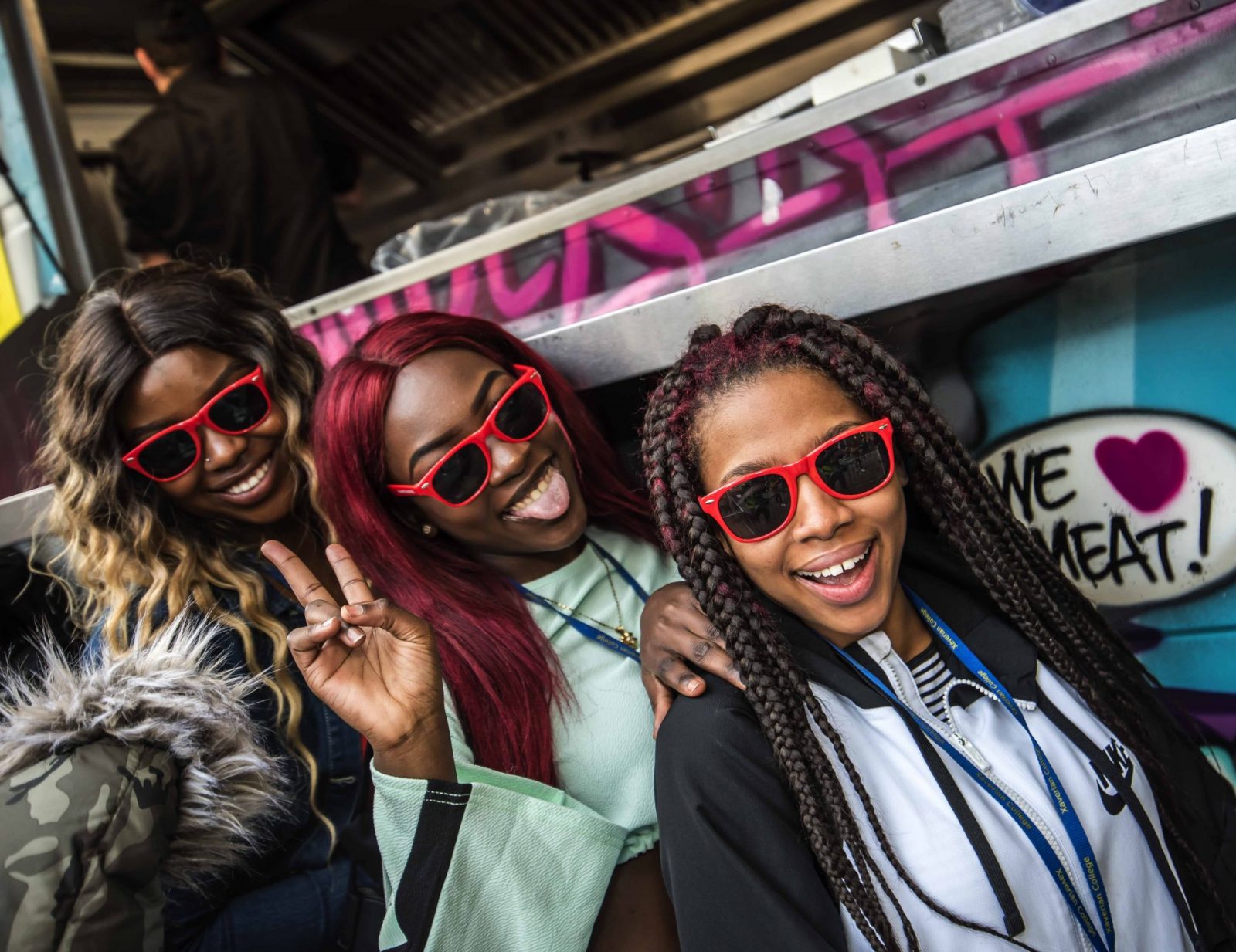 There’ll also be live entertainment, competitions and games to get involved in / Credit: Jason Lock Photography (via MCR Student Social)

Market Street is not only the city’s main shopping thoroughfare, but it’s also home to the MCR Student Social Party Zone, Info Zone, and Food Zone this year. The Party Zone is where you’ll find Urban Playground’s The Cube, a chill-out area, free samples from Nordic Spirit, aerial performers, dancers, and games, as well as The Manc’s DJ Truck playing the finest hip-hop, funk and party anthems throughout the day. Over at the Info Zone, you can tke on challenges from King Street Gym and Canal River Trust, sign up with MINT Hospitality & Events people, hear from the Manchester Science Festival, and chat to the team from Nationwide.

Then at the Food Zone, you can enjoy some free pizza from Franco Manca, giveaways from Doner Shack, prizes from Barburrito, and so much more. Featured Image – MCR Student Social

The ultimate guide to Wingfest in Manchester – how to get tickets

The world’s biggest chicken wing festival is coming back to Manchester this weekend, bringing some of the UK’s best street food traders with it. Moving into the Trafford Centre for 2022, on Saturday 24 and Sunday 25 September Wingfest traders are gearing up to serve a whopping 200,000 wings over a two-day period.

Playing host to chicken aficionados from near and far, the event will hold a number of cooking demos and eating competitions over the coming weekend, including a famous hot wing challenge so brutal participants are required to sign a waiver in advance. 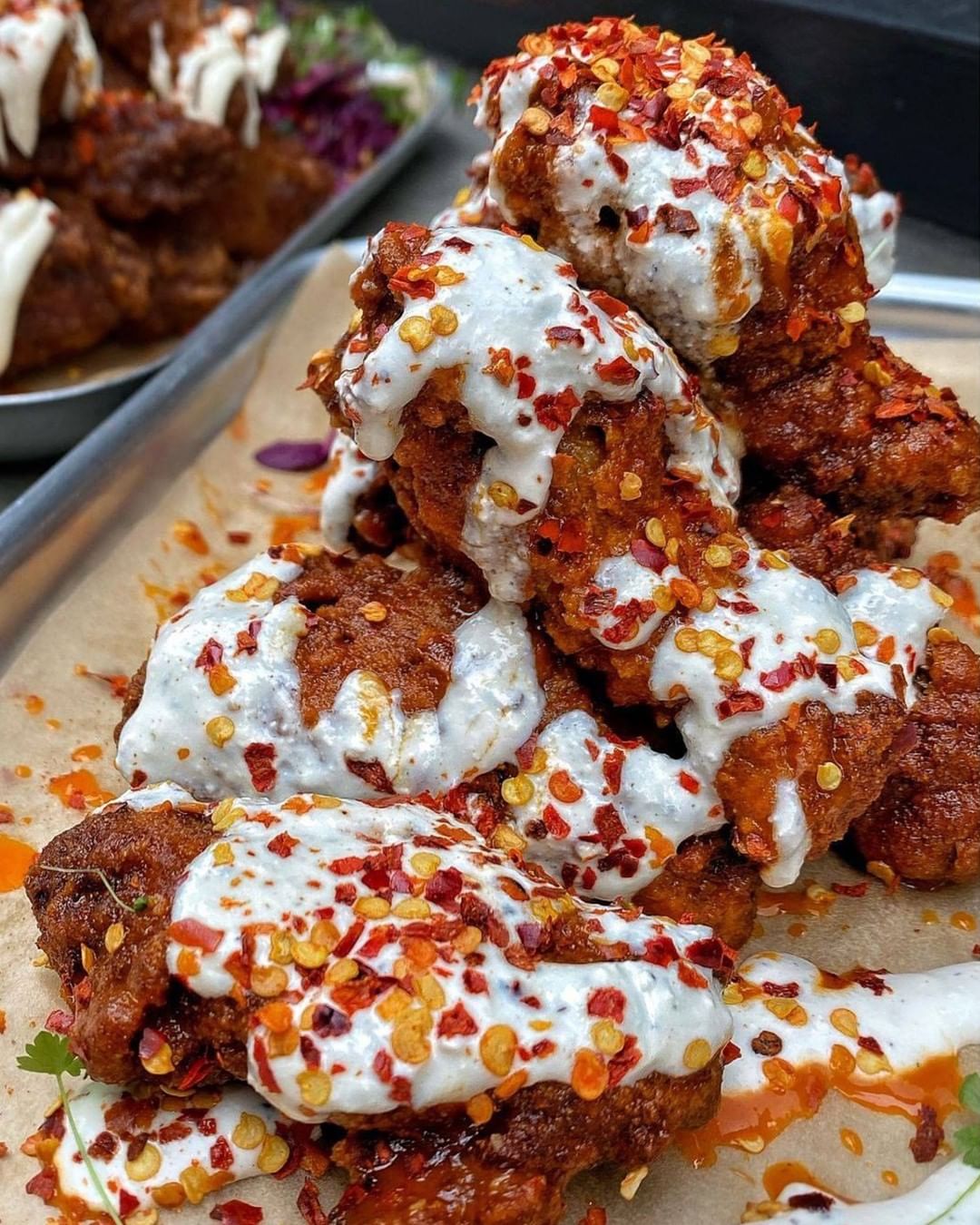 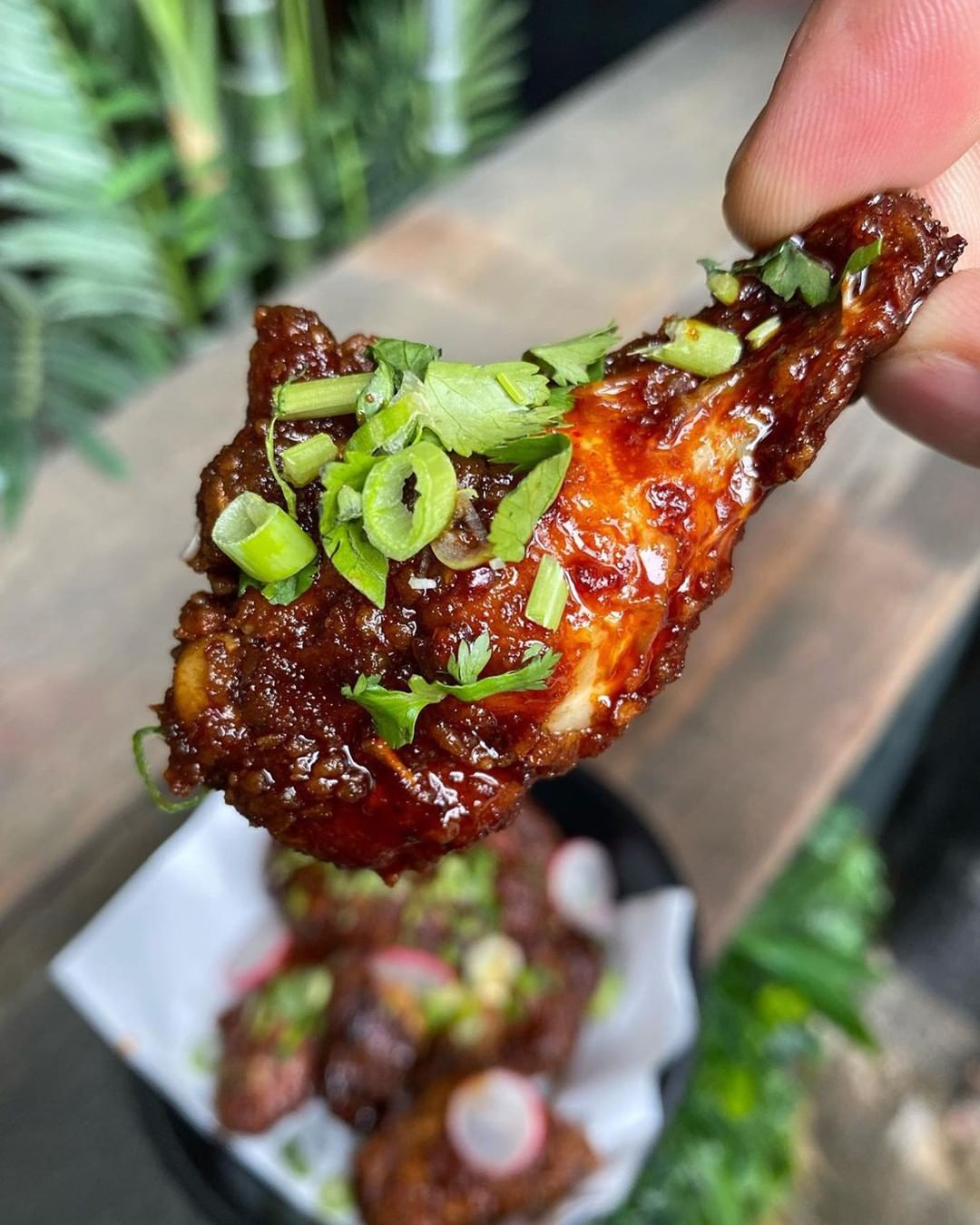 This weekend, you’ll find 20 different street food traders, restaurants, BBQ teams and pop-ups from across the country serving up their signature bites at Wingfest – be they deep-fried, spicy, baked, sweet or sticky as all hell. All wings are priced at GBP1.25, and will be sold in individual joints to allow voters to try as many wings as possible from each of the traders who will accept both cash and card. Elsewhere, you’ll find bars selling different bourbons and beers. 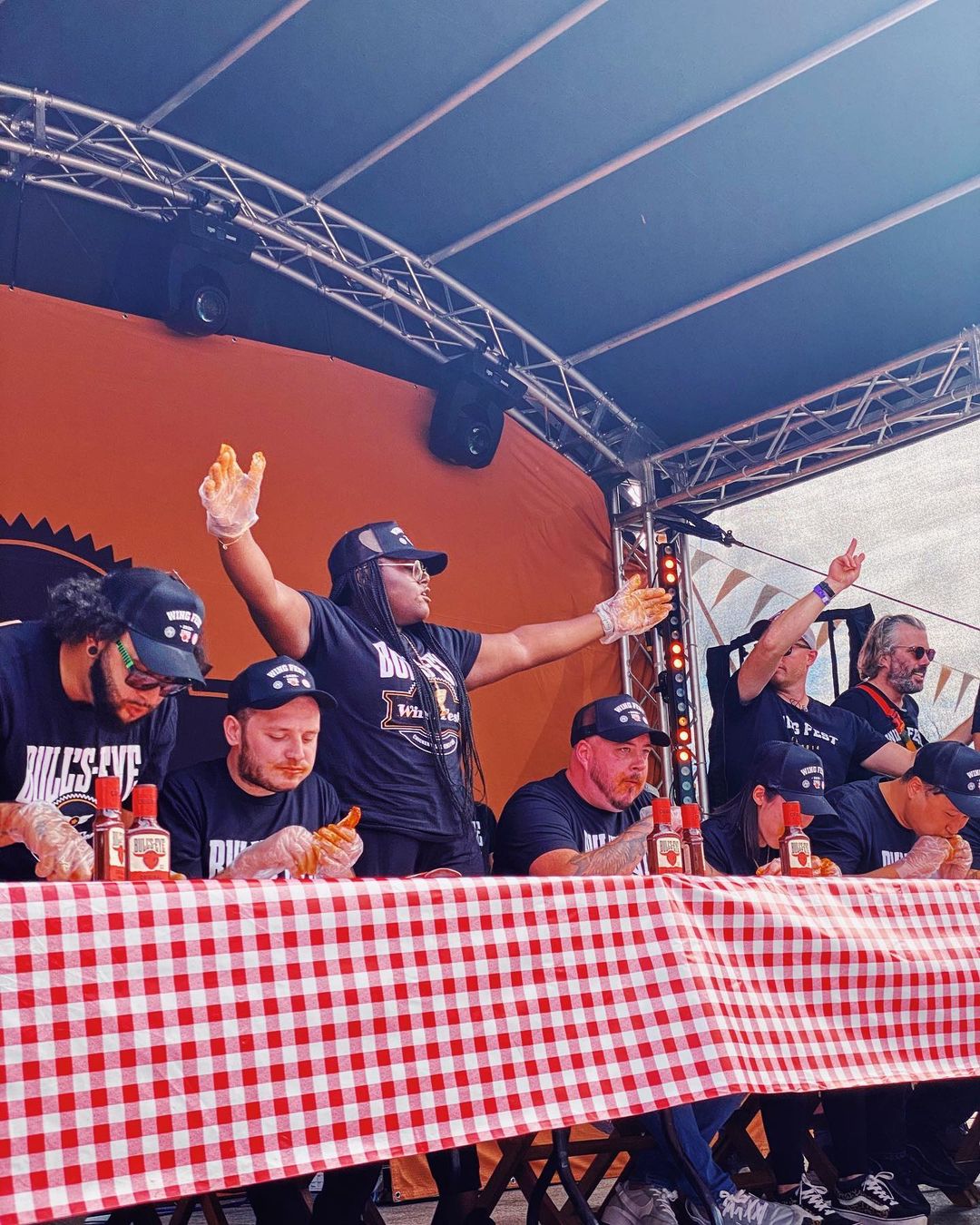 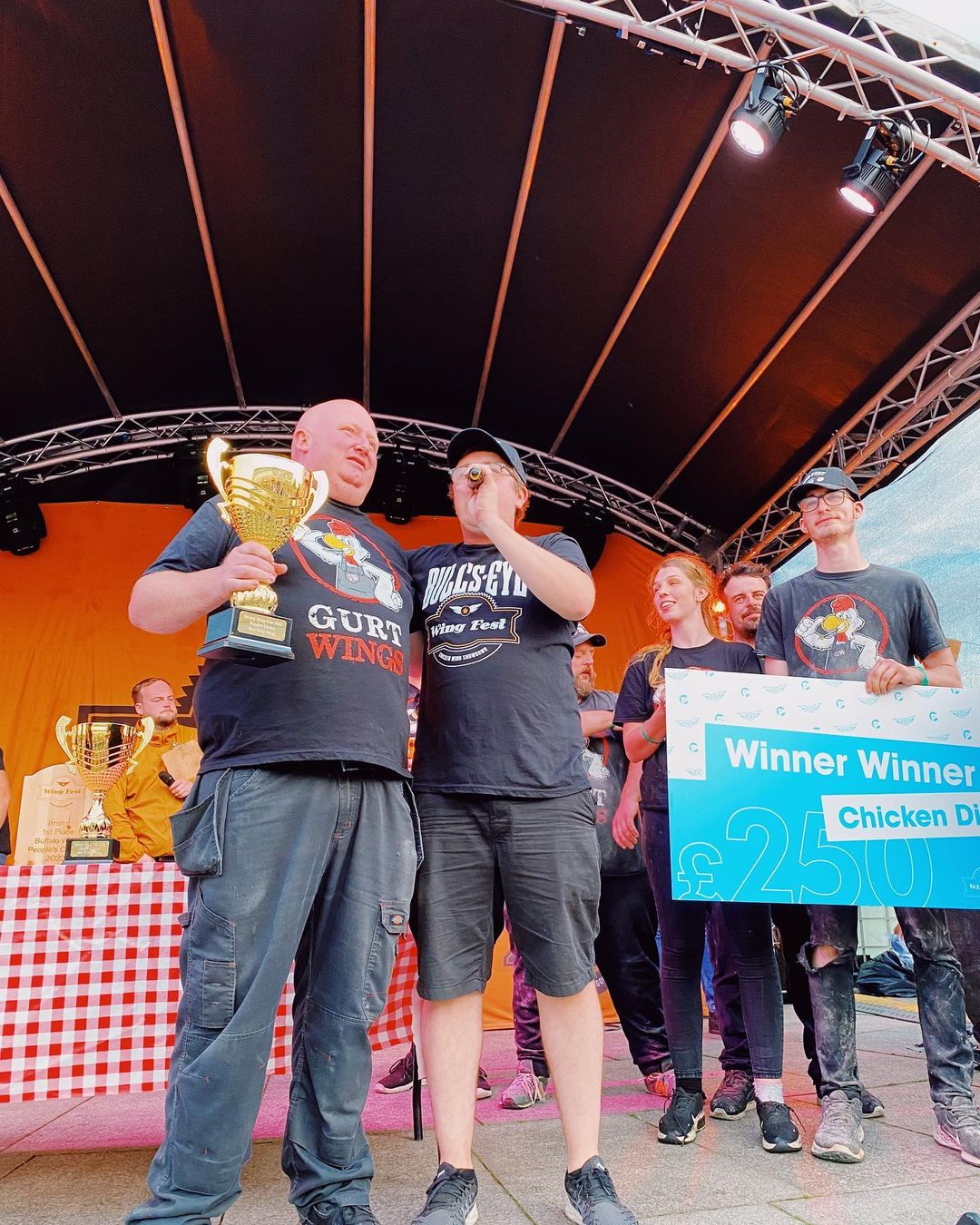 The UK’s finest chicken experts will be showcasing their culinary skills by means of cooking demos and a festival-wide competition – all bidding to be crowned the Wing King or Queen. This year’s trader competition is split into two categories: The Best Buffalo Wing and The Best Wild Wing.

The first, rather self-explanatorily, will see food traders battle to have their spicy sauce crowned the best, whilst the wild category will encourage chefs to let their creativity run wild with different flavours and toppings. Read more: Salt and pepper fries with ice cream – new trend, or a crime against chips? In total, 8,000 lucky chicken wing fans will have the opportunity to cast their vote for their favourite wings across the weekend.

True wing aficionados should also consider taking part in the very saucy wing eating competition, where brave and hungry individuals compete against one another on the main stage to see who can eat the messiest wings. The ‘Get Heated’ lava wing challenge hosted by, The Food Review Club and Clifton Chilli Club will be causing carnage, with only the brave entering the UK’s hottest wing challenge.  Ticket holders can sign up to take part on the day, announcements will be made from the main stage when the sign up is open. 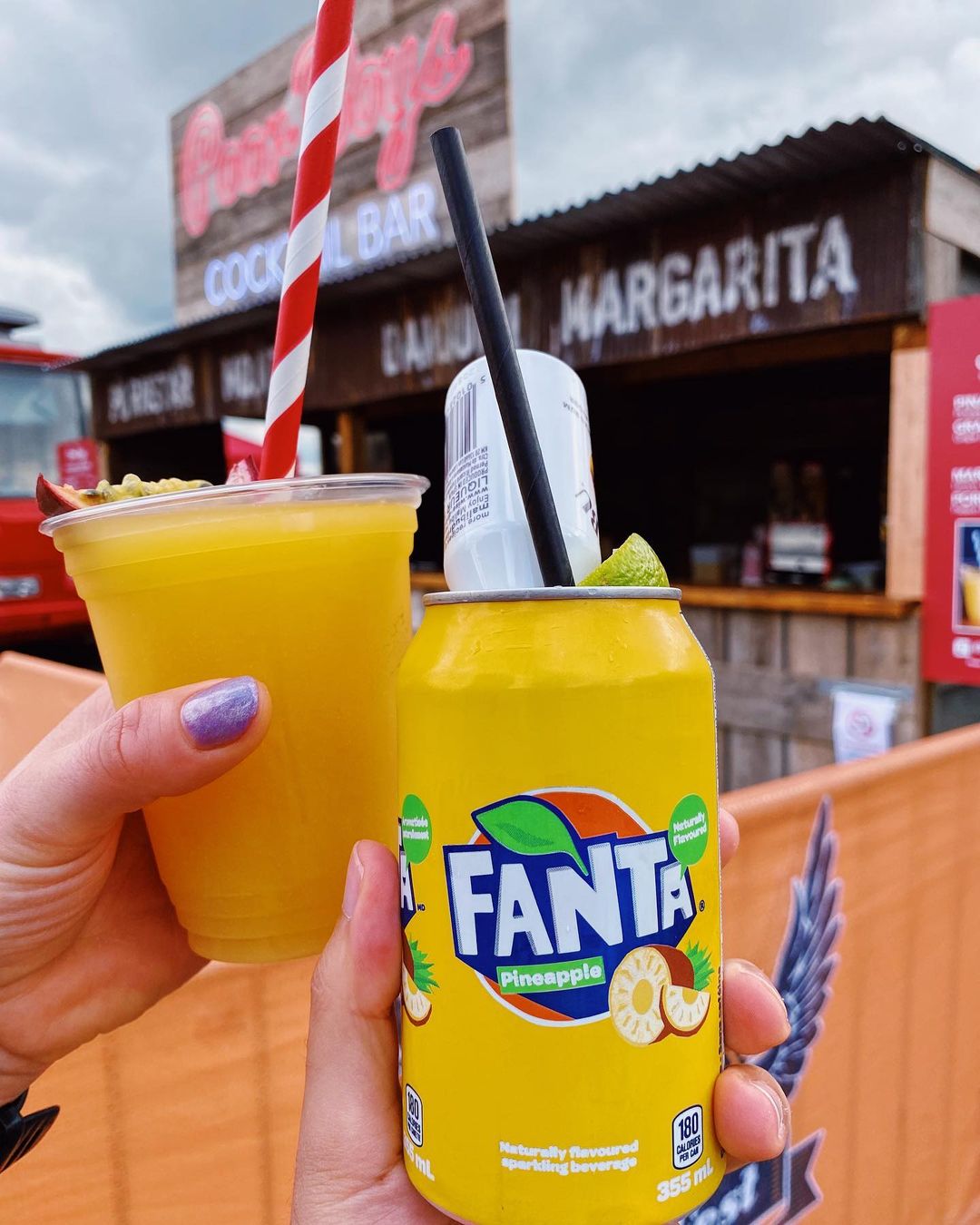 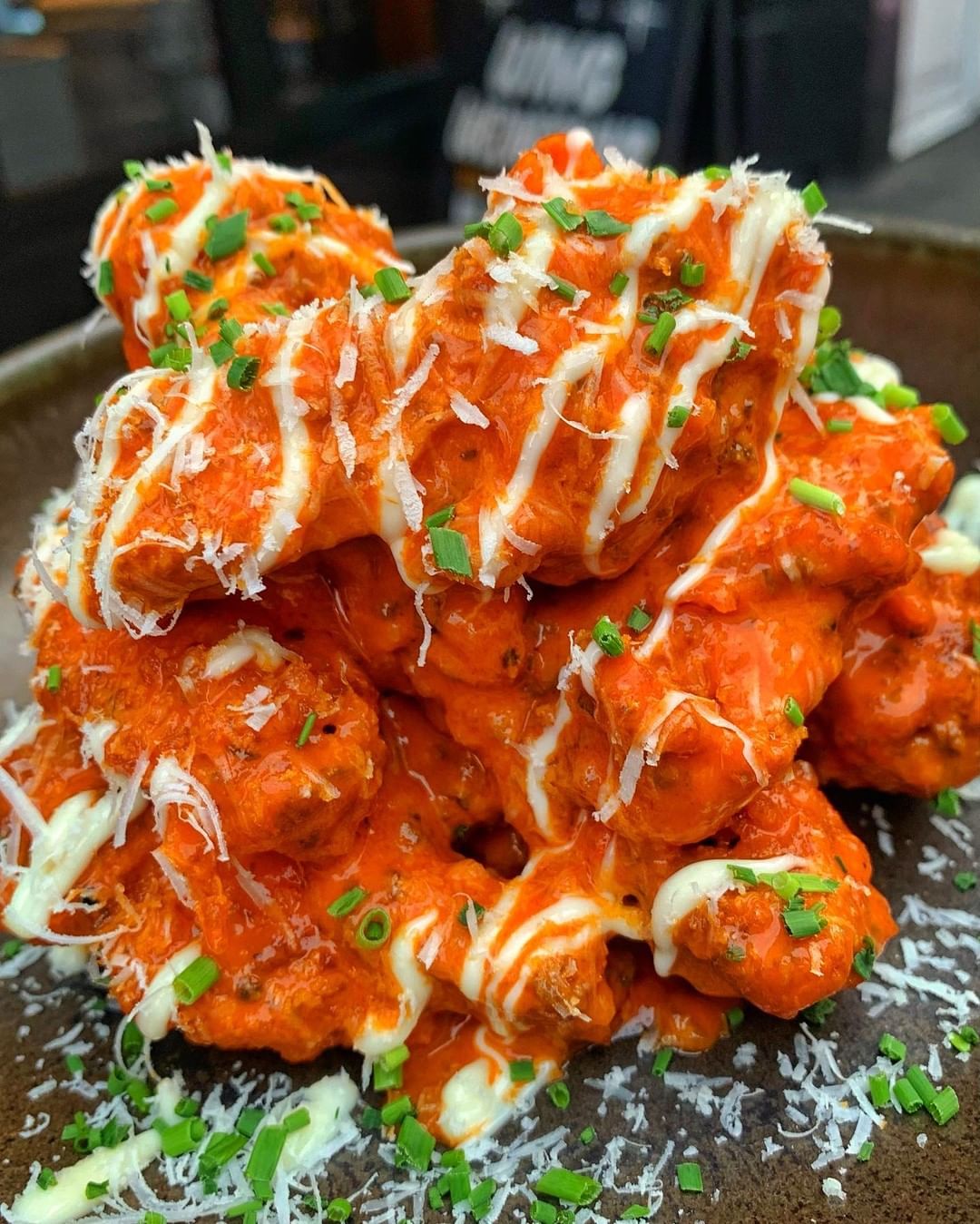 Alongside a range of different traders to sample, cooking demos to visit and eating competitions to watch, there will also be axe-throwing stations, fairground rides and live music on hand throughout the weekend to set the party atmosphere.

Manchester Wing Fest-goers can dance along to killer DJs, live blues and brass bands, with a chicken wing in each hand, as the festival stretches late into the night. Read more: The world’s biggest chicken wing festival is coming back to Manchester

How to get tickets

Taking place across Saturday 24 and Sunday 25 September 2022, those heading down can expect a day full of chicken-eating, as well as plenty of music and entertainment. Tickets are priced at X and can be purchased here.

Daredevil students are invited to take on an epic late-night jungle challenge inspired by reality competition show I’m a Celebrity… Get Me Out of Here! this week. Returning to Manchester following huge success and demand for tickets earlier this year, I’m a Celebrity…

Jungle Challenge has announced that its popular ‘Jungle Beats’ series is back once again this week, and it’s giving students arriving to study at universities across our city-region exclusive access to the Salford-based blockbuster attraction. Students and those over 18 will take on a series of challenges that are said to put nerves and agility to the ultimate test. Unfamiliar with what I’m a Celebrity…

Jungle Challenge is all about? The new action-packed experience opened in MediaCityUK back in July 2021, and it sees ‘campmates’ race against each other to collect stars through a series of different physical and mental challenges all in an epic jungle setting complete with Main Camp, The Throne, and Winner’s Bridge.

Just like in the popular ITV reality competition show, those who come out on top will be crowned ‘King or Queen of the Jungle’.

What makes Jungle Beats: Volume II a little different to normal though is that resident house DJ Sam Pratt will be providing the ultimate backing track as campmates race around and tackle the trials and challenges in a bid to bank stars and take the glory of a win home to the halls before darkness descends on the jungle each night. Read more: I’m A Celebrity… Jungle Challenge opening at Salford Quays this summer

And for those looking for something a little more refreshing after taking on a challenge, the venue’s on-site Outback Shack will be dishing up a cocktail of themed alcoholic and non-alcoholic drinks.

Students will take on a series of challenges to put nerves and agility to the ultimate test / Credit: I’m A Celebrity… Jungle Challenge

Jungle Beats: Volume ll kicks off for freshers with the first of six events on Friday 23 September, followed by Saturday 24 September, Friday 30 September, and Saturday 1, Friday 7, and Saturday 8 October. Tickets are available to book at just GBP25 per person, and you can grab yours here.