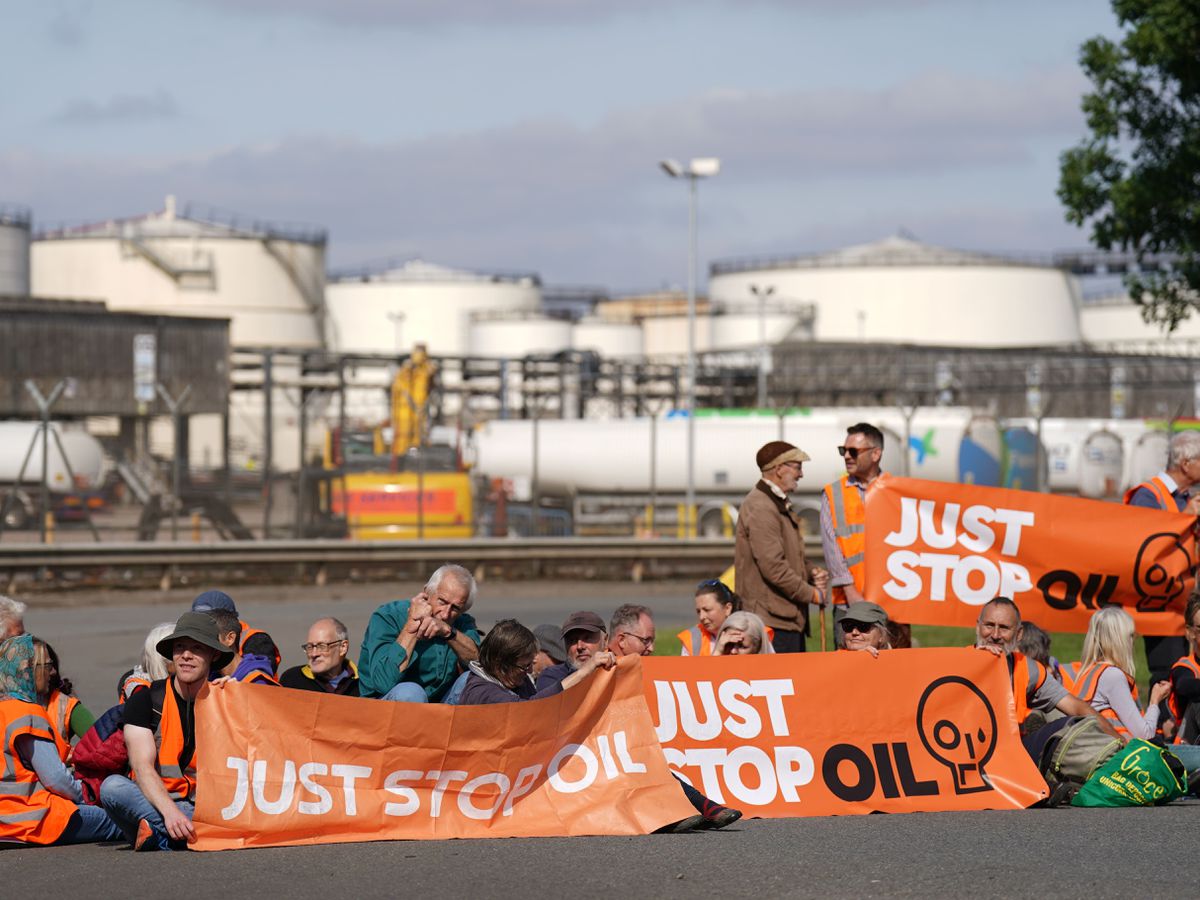 Climate change protesters blocking an oil terminal as the nation mourns the Queen have said their demonstration is "not disrespectful", claiming King Charles has previously backed action against "the cross-border threat".

About 50 Just Stop Oil activists sat across the main entrance to the Kingsbury Oil Terminal near Tamworth, Staffordshire, on Wednesday lunchtime, where an existing High Court injunction is in place.

The order gives a power of arrest outside the terminal and at the junctions of nearby roads, but although police were on the scene, no immediate arrests appeared to have been made.

A handful of tankers were prevented from getting on site from about noon, when the protest began, but it is believed trucks have been directed to another entrance, preventing widespread disruption to facility operations.

Protesters were also at one point tackled by a local business owner - who told the PA news agency he operates a firm that runs fuel tankers in and out of the depot - angered at the demonstrators' actions.

Pulling up and getting out of his 4x4, gesturing at the demonstrators, he told them: "Do you know what you're doing?

"You're making all the fuel go the long-way round (to get in) - burning more fuel. Good for the environment? 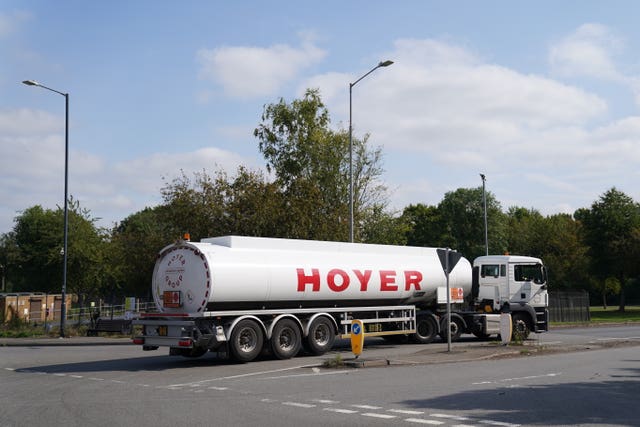 He then told a nearby police officer: "Get these idiots out the way."

One protester replied: "We're doing this for you and your kids."

The business owner, who declined to be named, later told PA that unidentified activists had previously "drilled the sidewalls of 364 tyres" on trucks, vans and cars at the terminal, a nearby truck works and another neighbouring depot, causing GBP184,000 in damage.

He added that on two occasions "tunnels have been dug" underneath two of the roads leading to the depot, claiming this had been done with the intention of collapsing the highway.

He said: "They're entitled to put up placards, but do it diplomatically.

"To stop people's livelihoods, I can't understand it.

"They say they got here on public transport - there isn't any around here.

"If they turned up on pushbikes I could understand it , but they're still using cars or minibuses to get here.

"So their reasoning is rubbish."

Zoe Cohen, of Just Stop Oil, said: "Our new King, when he was still the Prince of Wales back at Cop26 in November in Glasgow, he said - and he was right - that we're out of time.

"He said time has run out and we need to be on a wartime footing, a war-like footing, and that's the level of transformation we need in society.

"He might not be saying it so outwardly now, right now, but he knows, he gets it and he knows, and he's right.

Charles told Cop26 delegates that the Covid pandemic had shown "just how devastating a global cross-border threat can be".

He said at the time: "Climate change and biodiversity loss are no different, in fact they pose an even greater existential threat to the extent we have to put ourselves on what might be called a war-like footing.

"You do not need me to tell you the eyes and hopes of the world are upon you to act with all despatch and decisively, because time has quite literally run out."

Ms Cohen added: "Prince Charles said it at Cop - and he was right.

"He's our King now. It's not disrespectful. 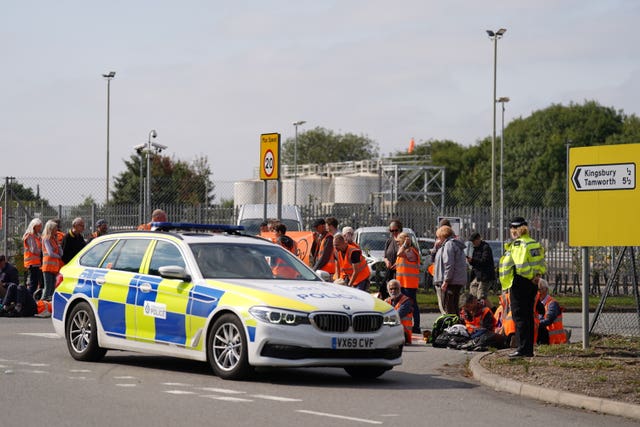 Police at the scene of the protest (Joe Giddens/PA)

"This is an act of care and love being here.

We're prepared to do what it non-violently takes.

"Because when you understand the truth deep in your heart and you've looked at the darkness that is coming.

"Look what's happening in Pakistan right now, they've lost crops, millions of livestock, thousands of lives - and disease and famine are on the brink.

"Africa is the same.

Collapse is all around us and we need to stop turning away, we're getting distracted.

We can't and mustn't stay silent, it's our moral duty to be here, it's not easy to piss off members of the community.

"But once you understand the truth, then you understand, just like gravity, physics doesn't stop for elections; a change of monarchy, anything.

"It doesn't care what we think or feel or get annoyed about, it's just going to continue."