Western defence officials and analysts have said they believe Russian forces are setting up a new defensive line in Ukraine's north-east after Kyiv's troops broke through the previous one and tried to press their advances further into the east. Ukrainian forces continue to cross the key Oskil River in the Kharkiv region as they try to press on in a counter-offensive targeting Russian-occupied territory, according to the Washington-based Institute for the Study of War. The Institute said satellite imagery it examined suggest that Ukrainian forces have crossed over to the east bank of the Oskil in Kupiansk, placing artillery there. 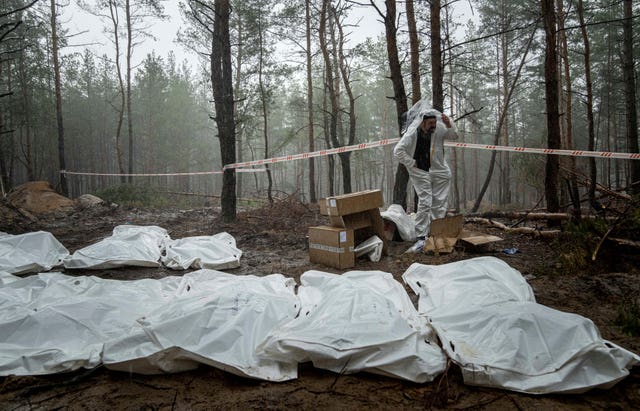 The river, which flows south from Russia into Ukraine, had been a natural break in the newly emerged front lines since Ukraine launched its push about a week ago.

"Russian forces are likely too weak to prevent further Ukrainian advances along the entire Oskil River if Ukrainian forces choose to resume offensive operations," the institute said. It remains unclear whether the Russians would be able to withstand another concerted Ukrainian assault. The UK Ministry of Defence said the new line is likely between the Oskil River and Svatove, some 90 miles south-east of Kharkiv, Ukraine's second-largest city. 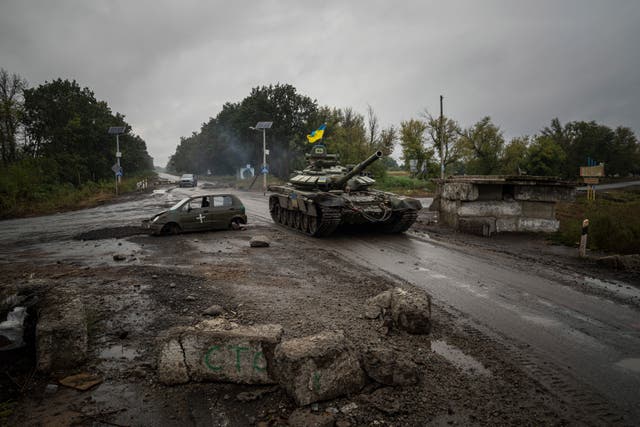 The demarcation comes after a Ukrainian counter-offensive punched a hole through the previous front line and recaptured large swathes of land in the north-eastern Kharkiv region, which borders Russia.

Moscow "likely sees maintaining control of this zone as important because it is transited by one of the few main resupply routes Russia still controls from the Belgorod region of Russia," the British military said, adding that "a stubborn defence of this area" was likely. Videos circulating online on Saturday indicated that Ukrainian forces are also continuing to retake land in the east. One video showed a Ukrainian soldier walking past a building, its roof destroyed, then pointing up over his shoulder at a colleague hanging the blue-and-yellow Ukrainian flag over a mobile phone tower.

The soldier in the video identified the seized village as Dibrova, just north-east of the city of Sloviansk and southeast of the embattled city of Lyman in Ukraine's Donetsk region. 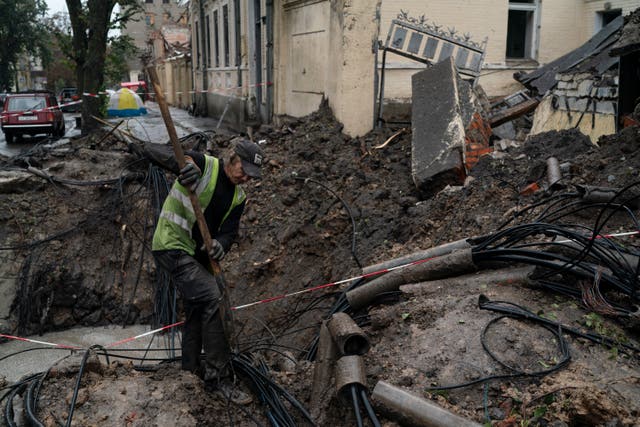 Another online video showed two Ukrainian soldiers in what appeared to be a bell tower. A Ukrainian flag appeared as a soldier said they had taken the village of Shchurove, just north-east of Sloviansk. The Ukrainian military and the Russians did not immediately acknowledge the change of hands of the two villages.

Mr Syniehubov said remnants of the missiles suggest the Russians fired S-300 surface-to-air missiles at the city. The S-300 is designed for striking missiles or aircraft in the sky, not targets on the ground. Analysts said Russia's use of the missiles for ground attacks suggest they may be running out of some precision munitions as the months-long war continues. 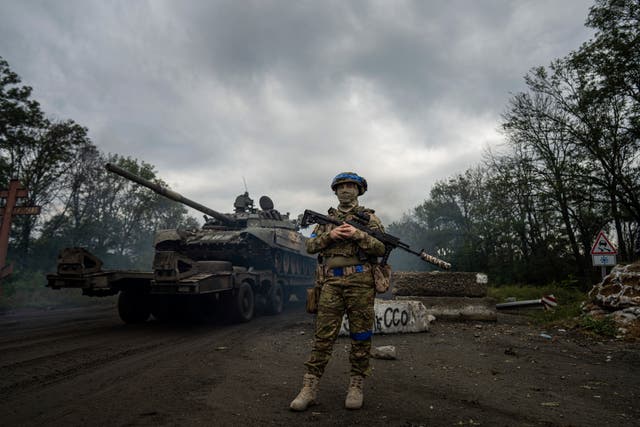 In the southern Zaporizhzhia region, a large part of which is occupied by the Russians, one person was wounded after the Russian forces shelled the city of Orikhiv, Zaporizhzhia's Ukrainian governor Oleksandr Starukh reported on Telegram.

Meanwhile, Ukraine's atomic energy operator, Energoatom, said a convoy of 25 trucks has brought diesel fuel and other critical supplies to the Zaporizhzhia nuclear power plant - Europe's largest - which was shut down a week ago amid fears that fighting in the area could result in a radiation disaster. The trucks were allowed through Russian checkpoints on Friday to deliver spare parts for repairs of damaged power lines, chemicals for the operation of the plant and additional fuel for backup diesel generators, Energoatom said in a statement. The six-reactor plant was captured by Russian forces in March but is still operated by Ukrainian engineers.

Its last reactor was switched off on Sunday after repeated power failures due to shelling put crucial safety systems at risk.