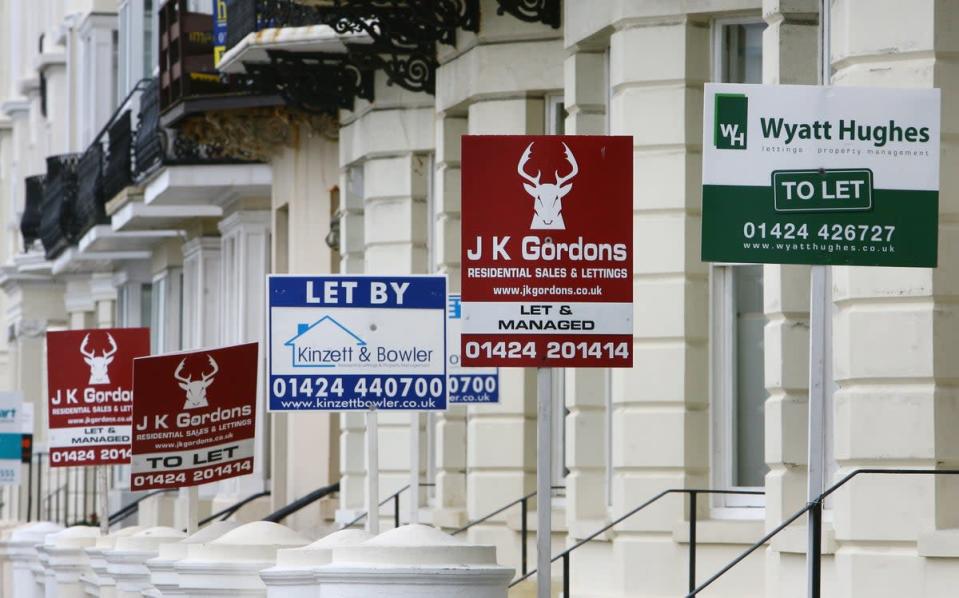 Pressure is mounting on ministers to address housing affordability across the UK after an emergency rent freeze was announced in Scotland to help private tenants weather the cost-of-living crisis. Mayor Sadiq Khan said the freeze was "exactly what Londoners need". But landlords warn that rent controls will only drive landlords away from the market and result in fewer properties being available to rent.

Landlords and lettings experts warn that bringing in rent control could make things worse by reducing supply of properties further, and point to Berlin as an example.

The German capital's rent cap froze rents for five years at their June 2019 level before being scrapped last year after a court ruled it was unconstitutional. James Somers, lettings director at UK Sotheby's International Realty described Scotland's rent freeze as "another attack on the private sector". He added: "I understand that this is being implemented in Scotland to help vulnerable tenants during a time of high inflation and increasing energy bills, however landlords have costs as well.

I predict many landlords in the rest of the UK will opt to sell rather than re-let if they feel this could be implemented here as well." Tim Hassell, managing director of Draker Lettings, said the Government needs to strike a greater balance to signal to landlords that residential property remains a safe place to invest. "Temporary rent controls with lower stamp duty would work well together," he added.

In favour of rent controls

Housing campaigners and tenants unions argue more needs to be done to help tenants at the sharp end of the renting crisis. Tenants union Acorn said its recent survey of private renters showed that 48 per cent of people had received a rent increase from their landlord since January 2021.

The average rise was 11 per cent but some were as high as 67 per cent. Policy officer Anny Cullum said: "The market cannot be left to regulate itself because a person's right to a safe, secure, affordable home should never rely on the goodwill of others." Story continues

Meg Bishop of the Living Rent union, which led the Scottish freeze campaign, said the policy would have a "negligible" impact on landlords' profits. She said: "Landlords threaten to leave the sector if regulation is increased, but a quick glance across Europe dismisses this; the most heavily regulated private rented sectors are consistently the biggest." "Most importantly, the properties these landlords are currently renting out already exist.

Unless these landlords left these properties abandoned, leaving the sector wouldn't impact on supply at all. The bricks and mortar will not vanish." Campaign group Generation Rent have also come out in support of a freeze.

Deputy director Dan Wilson Craw said: 'To protect renters we need a rent freeze in England, with restrictions on evictions so landlords can't simply kick tenants out and re-let at a higher rent'.

Rent control policies are gaining momentum as countries around the world seek solutions to spiralling housing costs. Experts point out that rent control might not be a silver bullet to the housing crisis, but can be a useful tool in giving renters respite. David Madden, a sociologist at LSE, said Scotland's freeze was "far from extreme", pointing out that rents were so high it would not even hold rents below market rates.

He added that modern rent control measures are flexible, limiting the amount that rents can be raised year-on-year but still allowing for increases. He added: "Economic orthodoxy around rent control is weakening. There have been numerous studies suggesting that rent control has little impact on the supply of new housing.