Vegan activists cause chaos after supergluing themselves to Muller lorries

Animal Rebellion activists have caused absolute chaos after supergluing themselves to Muller lorries. Watch as police try to get them down from the vehicles:

Loading... Traffic was put to an immediate stop as around 40 Animal Rebellion members climbed on top of the vehicles in protest.

The group is carrying out blockades of four dairies across the UK as part of its campaign for a plant-based food system. This particular incident occurred at a Muller dairy factory depot in Droitwich, Worcs.

32 people have been arrested on suspicion of aggravated trespassing, at the time of writing. The majority of those arrested remain in police custody while seven have been released on bail. 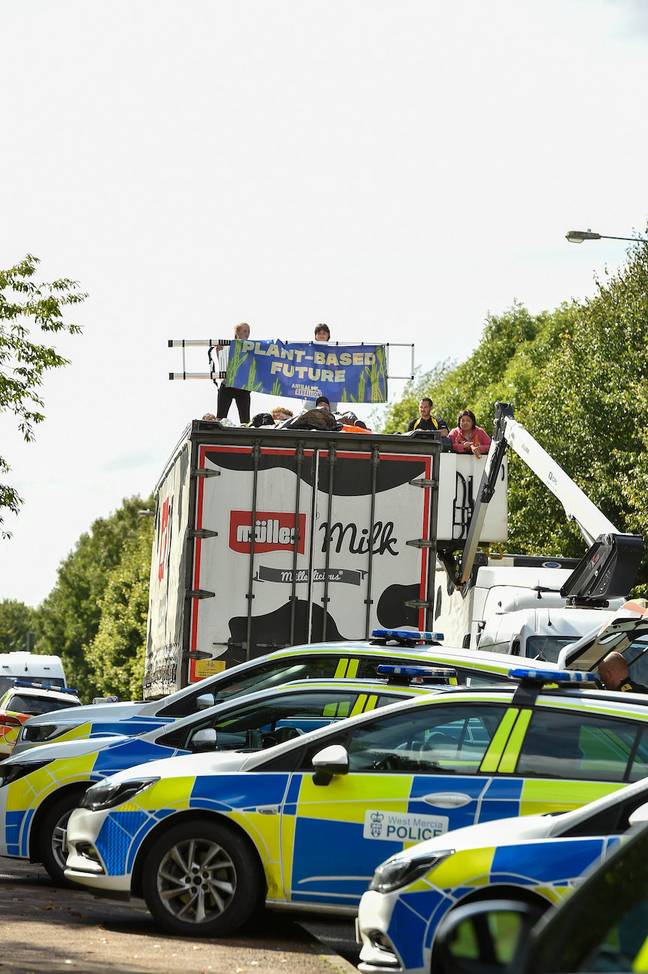 Assistant Chief Constable of West Mercia Police Richard Cooper said: "We respect the right to peaceful protest but we will take proportionate action when the law is broken.

"Those who commit crimes while protesting will be dealt with fairly but robustly by West Mercia Police." The protest has caused issues for more than 40 businesses which operate out of the industrial park on Pointon Way.

Workers say the majority of the lorries which were occupied were empty of any food products. Lorry driver Manny Singh said: "I've been here since 7am, it's just awful."

Lorry drivers jokingly offered free food if the protesters come down  One person yelled: "I'll take you for a free course meal, if you come down." 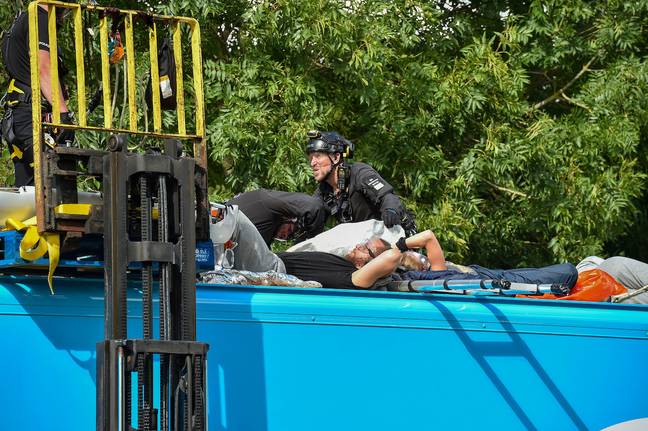 A spokesperson for Muller UK & Ireland told LADbible: "Supplies of fresh milk are being maintained due to the hard work and professionalism of our employees.   "We have experienced isolated incidents of criminal damage to vehicles at our sites, with activists endangering themselves and our employees by bringing knives and drills onto our facilities.

"This small group of activists do not represent the 96 percent of adults in Britain who choose milk every week and are our priority.

"During a cost of living crisis we will continue to ensure that it reaches families, including vulnerable members of society."