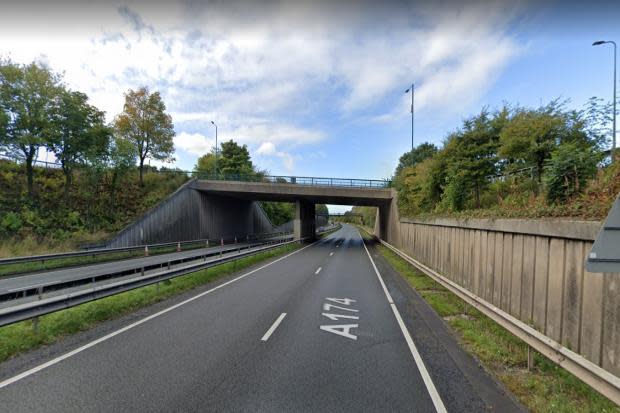 A major crash on a North East road led to it being shut for several hours after a truck caught fire following a fuel spill. The incident happened at around 9.21am this morning on the A174 Westbound at the A171 Ormesby Bank. One HGV had collided with another resulting in a spill of diesel on the road.

It wasn't long before one of the HGVs caught fire and the road was closed for some time while it was cleared. Read more: A174 LIVE: HGV on fire after diesel spilled following crash causing heavy traffic At around 1.50pm the road was reopened and completely cleared.

Cleveland Fire and Rescue Service confirmed that no injuries had occurred as a result of the incident. A spokesperson for the service said: ""We were called out at 10.06am today to an RTC involving two HGV's. "A small fire broke out on the second HGV which was extinguished using one jet.

Two appliances from Grangetown attended, the last to leave made the area safe."

If you want to read more great stories, why not subscribe to your Northern Echo for as little as GBP1.25 a week. Click here